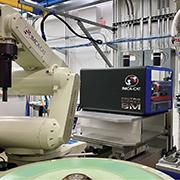 APS and IMCA-CAT Help Pfizer Create COVID-19 Antiviral Treatment
Scientists at Pfizer created Paxlovid, a new drug candidate that proved to be effective against the SARS-CoV-2 virus, which causes COVID-19, with the help of the U.S. Department of Energy’s (DOE’s) Advanced Photon Source at the DOE’s Argonne National Laboratory.
11.05.2021

Modeling Water-cleansing Wetlands in Extreme Weather
The cycle of rising temperatures leads to increases in precipitation as well as droughts. What impact will these weather extremes have on Earth’s most effective water cleansers: wetland sediments? That question drives a $1 million, three-year U.S. Department of Energy grant awarded to a Georgia Institute of Technology research team of geochemistry, biology, and applied mechanics experts. Georgia Tech sediment samples will be examined at the atomic scale of individual atoms and electrons the DOE Office of Science's Advanced Photon Source.
10.26.2021 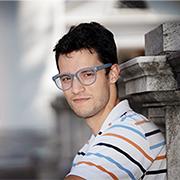 Grad Student Seeks to Use DOE Award to Understand Green Tech at the Atomic Level
Perrin Godbold is exploring green energy by trying to understand its most basic elements. The doctoral student in chemistry, nanomaterials, and electrocatalysis at the University of Virginia received a U.S. Department of Energy Science Graduate Student Research Award to work at the Advanced Photon Source.
10.15.2021 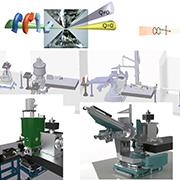 Virtual Town Hall on APS-U Polarization Modulation Spectroscopy Construction at 4-ID
The Advanced Photon Source will hold a virtual town hall for users interested in the project to construct the Polarization Modulation Spectroscopy (POLAR) feature beamline at 4-ID. The town hall runs from 10 a.m. to noon CDT on Friday, November 12, 2021.
10.07.2021 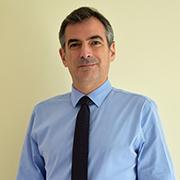 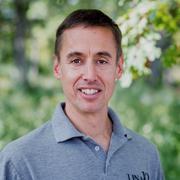 Fountain of Youth: Michael Kelly’s Work Will Grant Longer Life to the Upgraded APS Electron Beam
Michael Kelly is a group leader in the Argonne Physics Division, and he has extensive experience designing components for accelerators. So when the people behind the upgrade of the APS were looking for someone with just that kind of experience to help them build the state-of-the-art electron storage ring that will be at the heart of the new facility, they knew where to find him.
10.05.2021 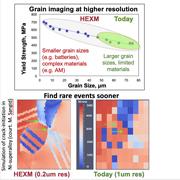 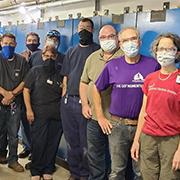 APS Particle Accumulator Ring Shielding Installation is a Success
In preparation for the APS Upgrade, modifications were needed to the radiation shielding in the particle accumulator ring. The team expertly completed the job ahead of the estimated time needed.
10.01.2021 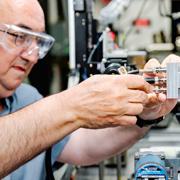 Space Odyssey: Argonne Scientists Among the First to Study Asteroid Fragments
Using APS x-rays, scientists will study tiny specks of asteroid 162173 Ryugu, collected by a Japanese space mission. Learning more about how this asteroid formed will further our understanding of the solar system, including Earth’s formation.
09.27.2021 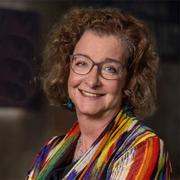 Laura Greene, NHMFL Chief Scientist and Member of APS Scientific Advisory Committee, Named to PCAST
Laura Greene has been appointed by President Biden to serve on the President's Council of Advisors on Science and Technology. Greene is the chief scientist at the National High Magnetic Field Laboratory located at Florida State University, the University of Florida, and Los Alamos National Laboratory; and a member of the Advanced Photon Source Scientific Advisory Committee.
09.15.2021 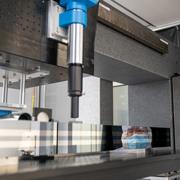 Through the Looking Glass: How a State-of-the-Art Optics System Will Make the APS Upgrade Possible
To provide x-ray beams that are both very bright and very tightly focused, an Advanced Photon Source (APS) team had to create a new system of mirrors, lenses and equipment for the upgraded APS.
09.10.2021 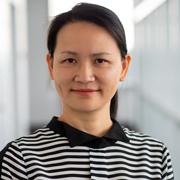 Jie Liu’s Ideas and Designs Help Bring the APS Upgrade to Life
In some ways, it’s no surprise Jie Liu grew up to be an engineer. She’s following in the footsteps of her father, who made engineering his career. From a young age, she said, she was fascinated by the big machines her father worked on, and she would take bicycles apart and put them back together, learning how they worked. Now she works as a principal mechanical engineer on the upgrade of the Advanced Photon Source, a DOE Office of Science user facility at Argonne.
09.10.2021 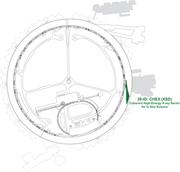 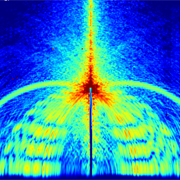 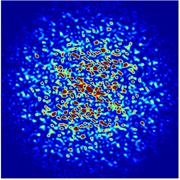 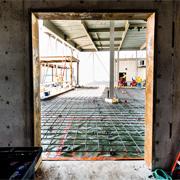 Pictures of Progress: The APS Upgrade’s Long Beamline Building Takes Shape
The most visible sign that the APS Upgrade Project is proceeding is the Long Beamline Building, home to two of the stations where researchers will carry out cutting-edge science experiments using the brighter x-ray beams. Construction of this new building has progressed ahead of schedule since its groundbreaking ceremony on July 22, 2020, and is on track for completion in June 2022.
08.12.2021 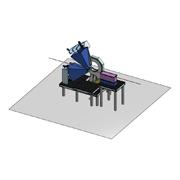 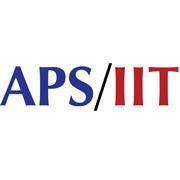 The APS/IIT 2021 XAFS Virtual Summer School was a Success!
The APS/IIT 2021 XAFS Virtual Summer School was successfully held Aug 1-4 2021 online. This was a joint effort of IIT and the Advanced Photon Source and beamline staff.  More than a dozen people from ANL and IIT served as synchronous instructors, including Steve Heald, Matt Newville, Shelly Kelly, and other beamline scientists from the APS, and Grant Bunker, Carlo Segre, and Jeff Terry from IIT Physics Department.
08.06.2021 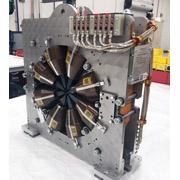 1,000th Magnet Arrives for APS Upgrade
The 1,000th magnet for the Advanced Photon Source Upgrade has arrived at Argonne.  The 1,000th magnet is an eight-pole fast corrector magnet, which is used to alter the trajectory of the electron beam as it circulates around the storage ring at nearly the speed of light.
08.05.2021 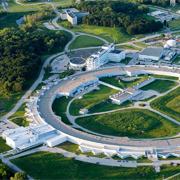 Bringing discoveries to light: X-ray science at Argonne
A feature story on the Argonne home page notes that "For more than 25 years, the Advanced Photon Source’s intense X-rays have enabled important breakthroughs. With a massive upgrade in the works, scientists will be able to see things at scale never seen before." The article provides a comprehensive look at the APS past, present, and future, including the role APS users played in the fight against COVID-19.
"APS/User News" is produced by the PSC Communications and Information Office, and the APS User Office.
Address comments or questions to apsnews@aps.anl.gov