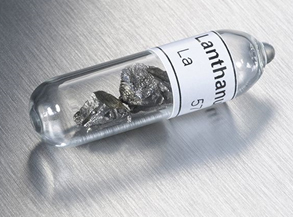 The entire Nature article by Davide Castelvecchi can be read here.

Physicists think they have achieved one of the most coveted goals of their discipline: creating a superconducting material that works at near-room temperature.

The evidence is still preliminary and comes with a major caveat. So far, the material has been made only under pressures of about 200 gigapascals — or two million atmospheres.

But if confirmed, the feat would be the first example of superconductivity above 0˚C, and some physicists say that the work could be a milestone in the study of superconductivity, which researchers hope will one day make the generation, transmission and use of electricity vastly more efficient .…

… Russell Hemley, a materials chemist at George Washington University in Washington D.C., first announced evidence of superconductivity at 260 K in May, and then hints of an even higher 280 K transition in August. His team is now publishing the results in Physical Review Letters …

… In their experiment, Hemley and his collaborators placed a diamond anvil in a synchrotron beamline at the [High-Pressure Collaborative Access Team (HP-CAT) x-ray beamline at the Advanced Photon Source, a U.S. Department of Energy (DOE) Office of Science user facility at] Argonne National Laboratory, outside Chicago in Illinois. [HP-CAT is supported by the U.S. DOE/National Nuclear Security Administration.] They used the anvil’s diamond tips to squeeze a minuscule sample of lanthanum and hydrogen to pressures of up to 200 Gigapascals. Next, they temporarily heated the compound and watched its structure change along with its conductive properties, monitoring the process with X-ray diffraction …

… And he adds that his team’s experiments could offer hints on how to develop materials that might have similar electronic properties at less extreme pressures. “This is just the beginning of a new era of superconductivity,” says Hemley.

This research was supported by EFree, an Energy Frontier Research Center funded by the U.S. Department of Energy (DOE) Office of Science-Basic Energy Sciences (BES), under Award DE-SC0001057. The instrumentation and facilities used were supported by DOE/BES (DE-FG02-99ER45775, VVS), the U.S. DOE/National Nuclear Security Administration (DE-NA-0002006, CDAC; and DE-NA0001974, HPCAT), and the National Science Foundation (DMR-1809783). This research used resources of the Advanced Photon Source, a U.S. Department of Energy (DOE) Office of Science User Facility operated for the DOE Office of Science by Argonne National Laboratory under contract no. DE-AC02-06CH11357.