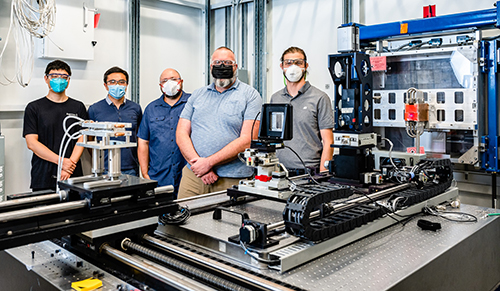 Ideas come and go. The trick is to make the most of them while they’re here.

This also holds true for the Instrumentation Development, Evaluation and Analysis (IDEA) beamline at the Advanced Photon Source (APS). At the moment, IDEA is located at beamline 28-ID of the APS, a DOE Office of Science user facility at DOE’s Argonne National Laboratory.

But soon, it will be reconfigured to make way for one of the new feature beamlines that will be built as part of the APS Upgrade Project. However, the team of beamline scientists, physicists and optics specialists behind it knows that IDEA’s impact on the long-term design and function of the upgraded APS – and hard x-ray science – will endure.

This is because expectations about the spatial resolution the upgraded APS will bring to x-ray images are extremely high, and research at IDEA has focused heavily on optics and instrumentation to make that a reality. IDEA has informed decisions about building and purchasing parts for the new feature beamlines, and it has tested the likely long-term performance of various components post-upgrade.

“Having gone to the effort to create a highly coherent source in the upgraded APS, we don’t want beamline optics to throw that coherence away,” said physicist Matt Highland, science lead at 28-ID. 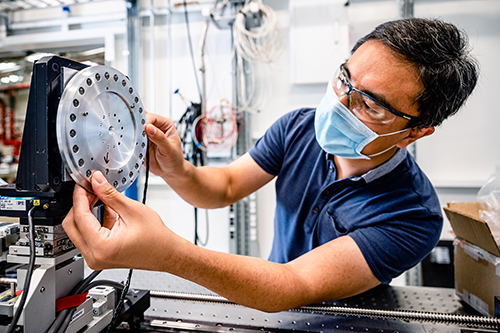 Once the APS Upgrade is complete, 28-ID will become the home for the Coherent High-Energy X-ray (CHEX) beamline, which will provide a state-of-the-art facility for research into the structure and chemical makeup of various materials.

The upgrade will require the APS to power down for a year, starting in April 2023, and CHEX, along with several other feature beamlines, will be built during that time. IDEA is taking advantage of the available beamline space until then, using comparable infrastructure to what CHEX will need, but when the upgrade installation period begins, IDEA will be reconfigured as CHEX is built. 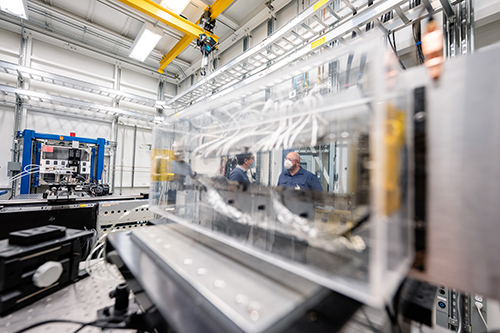 “The IDEA beamline has been an unusual opportunity for the optics group to do diagnostic measurements about the x-ray wavefront, and to look at the absolute and relative quality of objects and the beam,” said physicist Xianbo Shi, who worked on IDEA with fellow physicists and optics specialists Luca Rebuffi and Zhi Qiao, as well as with Highland and beamline scientist Matt Frith. “It was an ideal use of the optics group’s instrument for the benefit of the APS and its future users.”

These photos capture the IDEA beamline and its dedicated team before IDEA’s story comes to an end.