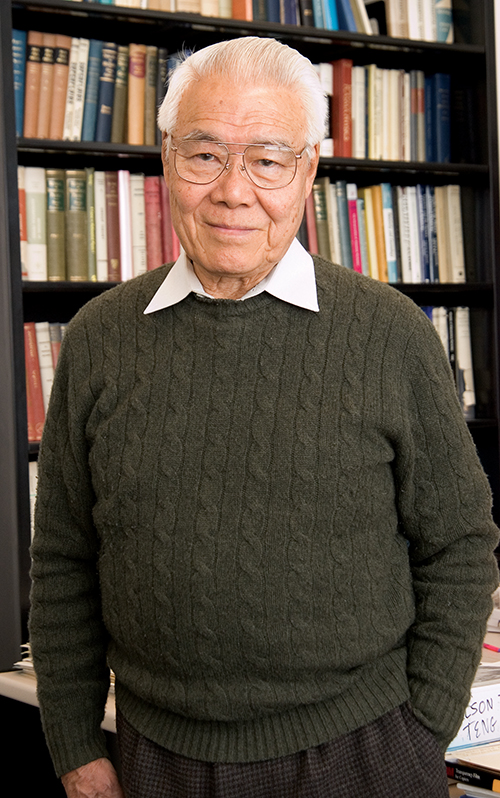 Lee Chang-Li Teng, a theoretical physicist who contributed to and designed many particle-accelerator-based projects around the globe, passed away peacefully in hospice care on Friday, June 24, 2022. He was 95.

Born in Beijing, China on Sept. 5, 1926, he was the beloved husband of Nancy Lai-Shen (nee Huang) since their marriage in Chicago in 1961, and loving father of Dr. Michael Teng, loving father-in-law of Kim (nee Tran) Teng, and loving grandfather of Isabella Teng. He was a loving uncle, cousin, colleague, and friend to many.

Lee received his bachelor’s in physics from the Fu-Jen University in Beijing in 1946. After emigrating to the United States in 1947, he received his master’s and Ph.D. also in physics from the University of Chicago in 1948 and 1951, respectively. He was a Ph.D. student of Gregor Wentzel and the title of his dissertation was "Polarization of Vector Mesons Produced in Nucleon-Nucleon Collisions.” He worked for Enrico Fermi, who was also on his dissertation committee.

He held academic positions at the University of Minnesota and Wichita State University and was recruited to Argonne National Laboratory and subsequently to Fermilab, where he held an array of scientific leadership positions. During this time, he was also the inaugural director of Taiwan’s Synchrotron Radiation Research Center. He contributed to the design, operation, and upgrades of many particle accelerators for science including the zero-gradient synchrotron (Argonne), entire accelerator complex at Fermilab, the Taiwan Synchrotron, and the Advanced Photon Source (Argonne). He also designed and help deliver the first proton therapy machine in the United States to Loma Linda, that has helped numerous battle and/or cure their cancer.

He mentored early-career individuals and was always interested in educating his co-workers at all levels of training in particle accelerators. He gave lectures to Argonne staff and at the United States Particle Accelerator School. He was recognized by his colleagues and received the designation of American Physical Society Fellow in 1957 and the Robert Wilson Prize of the American Physical Society in 2007. Robert Wilson was a close colleague to Lee and the principal architect of Fermilab.

In lieu of flowers, donations can be made in memory of Lee to St. Jude, Second Harvest, or the American Physical Society.