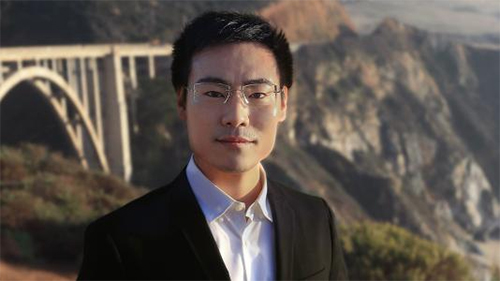 The original Argonne article by Kristen Mally Dean can be read here.

This biannual award recognizes important scientific or technical accomplishments at (or beneficial to) the APS by a young investigator, typically a senior graduate student or early career researcher. The APS is a Department of Energy (DOE) Office of Science user facility located at DOE’s Argonne National Laboratory.

The award is named for Rosalind Franklin, a chemist who played a critical, but largely unacknowledged role in the discovery of the structure of DNA.

Guo, whose research revealed process dynamics in three major aspects of the laser powder bed fusion additive manufacturing process, was nominated for the award by his Ph.D. advisor Lianyi Chen. Chen is the Charles Ringrose Assistant Professor and a fellow of  the Grainger Institute for Engineering at the University of Wisconsin-Madison. In his remarks, Chen lauded Guo as one of the pioneers of ​“using synchrotron-based in situ X-ray imaging and diffraction to study the physical dynamics of metal additive manufacturing process.”

“I feel truly honored to receive this award,” said Guo. ​“The APS has been my other academic home during my entire Ph.D. study. My achievements greatly benefit from the excellent researchers and the world-class facilities there. Having my work recognized in this way is really a proud moment for me and my entire team.”