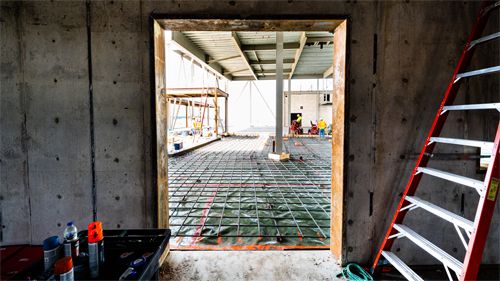 The Advanced Photon Source (APS) is one of the world’s top x-ray light sources, and a massive upgrade in progress will enhance its capabilities even more. When the APS Upgrade Project is finished, the facility will generate x-rays that are up to 500 times brighter than the already incredibly bright ones it produces now, opening the door to scientific discovery on a scale we have yet to imagine.

But from the outside, the APS — a U.S. Department of Energy (DOE) Office of Science User Facility at DOE’s Argonne National Laboratory — won’t look much different.

The most visible sign that the upgrade is proceeding is the Long Beamline Building (LBB), home to two of the stations where researchers will carry out cutting-edge science experiments using the brighter x-ray beams. Construction of this new building has progressed ahead of schedule since its groundbreaking ceremony on July 22, 2020, and is on track for completion in June 2022.

The entire Argonne feature story by Kristen Mally Dean can be read here.