Zhao of XSD is the 2021 “Gopal K. Shenoy Award for Excellence in Beamline Science” Recipient 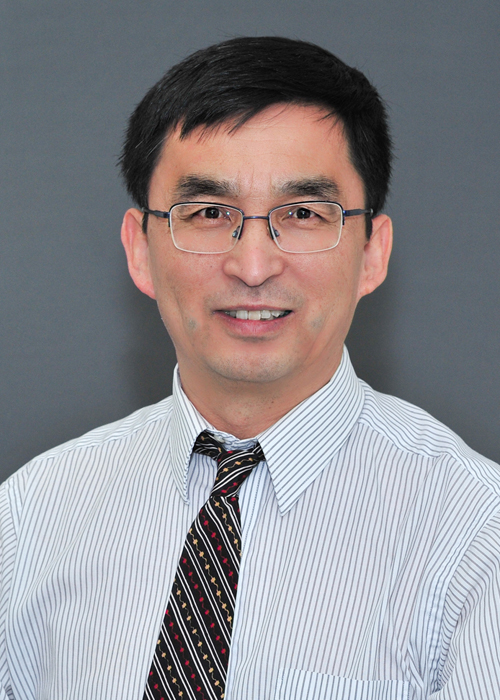 The 2021 "Gopal K. Shenoy Award for Excellence in Beamline Science at the Advanced Photon Source" (APS) has been awarded to Jiyong Zhao, a physicist in the X-ray Science Division Inelastic X-ray and Nuclear Resonant Scattering Group at the U.S. Department of Energy’s Advanced Photon Source at Argonne National Laboratory.

In nominating Jiyong Zhao for the Gopal K Shenoy Award, Jung-Fu Lin, a Professor in the Department of Geological Sciences at The University of Texas at Austin, noted that his collaborations with Dr. Zhao started 18 years ago, focused mainly on synchrotron Mössbauer spectroscopy, nuclear resonant inelastic x-ray scattering, and inelastic x-ray scattering at APS Sector 3. In the last two decades, Zhao and his colleagues have built the world’s leading nuclear resonant x-ray scattering programs for high-pressure and high/low-temperature research at Sector 3. The high-pressure research programs at Sector 3 have made, to Prof. Lin’s view, four exceptionally high-impact contributions in the deep-Earth research: the spin and valence transitions in the Earth’s mantle (“Dr. Zhao worked with many young mineral physics researchers in the 2000s and 2010s [I was one of them],” Prof. Lin said, “and these studies have led to numerous major discoveries in the field”); sound velocities of iron alloys in the core (“His contribution in this area of research is indispensable”); iron isotope geochemistry of the deep Earth (“This is a great example of his interdisciplinary research impact—using condensed matter physics knowledge and technique to solve outstanding geochemistry questions”); and high-pressure physics and materials science (“His technical developments in nuclear resonant inelastic x-ray scattering and Mössbauer spectroscopy have made major contributions to numerous scientific outcomes”).

Prof. Lin concluded by noting “One of the most important contributions Dr. Zhao has made to our field, in my opinion, is to foster the career of young scientists and students. As an example, there were many young Ph.D. students and postdocs working with him on the spin transition and iron alloy research project since the early 2000s. The research results through collaborations with Dr. Zhao eventually landed these young researchers academic positions.”

Zhao received his B.S. in Physics in 1986 from Nankai University (China) and his Ph.D. in 1996 from The Graduate University for Advanced Studies (GUAS) at the High Energy Accelerator Research Organization (KEK, Japan). He has served as an Assistant Scientist at the Beijing Synchrotron Radiation Laboratory in the Institute of High Energy Physics of the Chinese Academy of Sciences; a visiting scientist at Warwick University and Daresbury National Laboratory in the UK; a JSPS post-doctoral research fellow at KEK, Japan; and a post-doctoral research scientist at the State University of New York at Stony Brook. He has been with the APS since 1999, first as an Assistant Physicist and his current position of Physicist.

His many and varied research interests include studies of magnetic and phase behavior of iron pnictide superconductors using nuclear resonant scattering, the study of valance and phase behavior of selected compounds under high pressure; and development and deployment of a range of x-ray beamline techniques and instrumentation including micro-focusing by a Kirkpatrick-Baez mirror for NRS at high pressure and high temperature; a world-first laser-heated diamond-anvil-cell system at Sector 3 for high-pressure (>100 GPa) and high-temperature (>3000 K) studies; and monochromator development and applications of krypton nuclear resonance at 9.4 keV in clathrate hydrates. The Kr nuclear resonance program developed at the APS by Dr. Zhao and his co-workers is unique in the world.

The “Gopal K. Shenoy Award for Excellence in Beamline Science at the Advanced Photon Source” is intended to recognize beamline scientists who have made significant scientific contributions in their area of research or instrumentation development and have promoted the user community in this area. This award is conferred each year on an active APS beamline scientist, regardless of employer or rank. It may recognize a career of meaningful, sustained contribution; a body of recent important work; and/or a single work of particular importance. Potential nominees are limited to full-time beamline scientists at the APS with at least half of their time spent on user operations or instrument development.