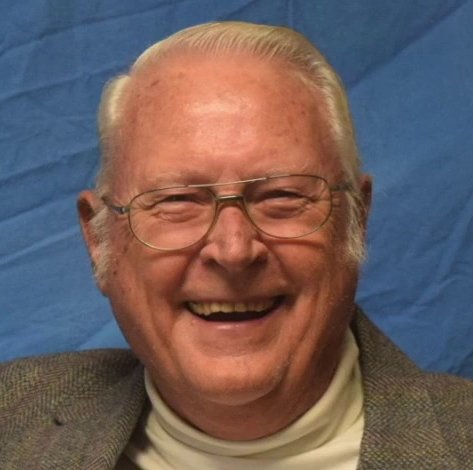 I was working at the Brookhaven National Lab National Synchrotron Light Source when the Department of Energy chose Argonne as the site of the Advanced Photon Source (APS) in 1988. Two years later I joined the Advanced Photon Source project team at Argonne, and met Marty there. He was a member of the core APS leadership team from the early days of the project. He participated in planning the APS building complex, the layout of which he had memorized before the place existed. The APS Project organization was growing rapidly when I arrived, and was busily proceeding with design and acquisition of the accelerator systems while the building complex was under construction. Marty was among the first people I met in my new job. At that point he was working on several aspects of project management, and was particularly involved in planning the implementation of real-time computer controls. He was first author on some of the early publications describing the APS controls system - here’s one and here’s another. I should add that Marty was the first person to explain to me what a “hyperlink” was.

As the project organization grew, Marty took responsibility for planning & management of design, construction and finally operation of the “electrical systems” of the APS accelerator complex: power supplies, radiofrequency systems, and real-time controls for the Linac, Positron Accumulator Ring, Booster Synchrotron and Storage Ring. I knew a bit about controls systems and GTACS, but could never have predicted that EPICS would become so widespread. That success was by no means guaranteed; Marty Knott, Bill McDowell, Marty Kramer, Frank Lenkszus and the APS Controls Group took important steps that facilitated the growth of EPICS. They did this by choosing to go beyond “simply” building a state-of-the-art accelerator controls system for the APS; they actively cultivated an EPICS user community and provided very tangible “public services” to support its growth.  The ASD Controls Group produced a library of descriptive and instructional materials that was made available to experts at other labs. Marty and the Controls Group organized user tutorials to accelerate progress both in-house and at other facilities. They provided a “Helpdesk” service,  an online clearing house to share info on software bugs and fixes discovered by this growing community. The Controls Group responded to queries from any/all EPICS users   (as I recall, Janet Anderson ran the help desk). They defined and enforced a clean yet highly flexible interface between the hardware control functions of the EPICS system and the user applications that gave control of hardware to the engineers, physicists and accelerator operators. This interface made it possible for engineers to troubleshoot hardware problems and gave accelerator physicists the ability to build user applications atop EPICS that ultimately enabled the Advanced Photon Source accelerators to be commanded to life from a cold start to full operation with a single keystroke.

During construction, the Advanced Photon Source Accelerator Systems Division (ASD) grew to a peak of about 400 people. Marty took on more responsibility, adding magnet power supplies and high-power radiofrequency systems to his responsibilities. It’s fair to say that things in his area of responsibility turned out very nicely indeed, to say the least.

Marty took a special interest in personnel safety systems, and had management responsibility for implementing the system designed to ensure that workers could not enter areas within which high radiation was present.  The system was supervised by Allen Bradley programmable logic controllers (PLCs). This “access control and interlock system” (ACIS) was a relatively new technology in the accelerator community at that time, which had routinely implemented this function using an array of solenoid relays. I believe APS was the second implementation of PLCs for access control, and the largest-scale system implemented in the US at the time.

Marty was deeply committed to assuring flawless performance of this life-safety-critical system. He personally contributed heavily to writing the instruction manual for conducting a semiannual verification that the Personnel Protection System did its job in all conceivable situations. This manual guided a test that was performed about twice a year at APS.

Marty’s tact and patience were put to the test by an over-cautious decision I made; true to form, Marty passed this test with flying colors. Being old-fashioned and concerned about difficulties introducing modern PLC technology to the accelerator community, I directed his team to add a simple relay-based system as a third layer of redundancy to the dual-redundant Allan-Bradley PLC systems. He expressed clearly that this was not necessary, but did it anyway without any further objection.

That annoying “Chain C” system was finally removed from operation some time after I left the APS, to the satisfaction of all the people on whom I foisted it – I got a gleeful phone call announcing it had finally been demolished (that call was NOT from Marty, I might add).

Marty maintained a consistently calm, patient and courteous demeanor, even when I did things like foist that “Chain C” system on him. He and his truly gifted and dedicated team were a major reason for my pride in the Accelerator Systems Division and my gratitude for the opportunity to work at APS during construction and operation. I once described that pride as feeling like owner of a Ferrari – except the APS ran with the reliability of a clock rather than a Ferrari – routinely logging thousands of hours without any unscheduled interruption.

I have been away from the Advanced Photon Source for a long time now, but I remember Marty for his competence, professional conduct, management skill,  judgement and all-around decency and courtesy.

One can’t escape feeling a deep sense of loss at his departure. The best I have been able to do at consoling myself and others at such a loss is to think of one’s life as being like a book you read, which of course must come to an end – so you shouldn’t focus on the fact that it will end, or has ended…..you should aspire to making it a very good story. Marty certainly succeeded in that regard, and I will remember him with fondness and utmost respect.

John most recently oversaw the Linac Coherent Light Source II (LCLS-II) project, a collaboration of six institutions constructing a major expansion of the SLAC National Accelerator Laboratory’s LCLS X-ray laser user facility, a $1-billion project with more than 400 engineers and technical staff. He has been at SLAC since 2001, when he became director of the original LCLS project that created the world’s first x-ray free-electron laser.

Prior to joining Stanford, Galayda was at Argonne National Laboratory, where he was deputy associate laboratory director for the Advanced Photon Source (APS). He had joined Argonne in 1990 as director of the APS Accelerator Systems Division with responsibility for construction, commissioning and operation of the APS storage ring and injector systems. He also worked on construction and operation of the National Synchrotron Light Source at Brookhaven National Laboratory.

Galayda is the recipient of the Robert R. Wilson Prize, the Arthur H. Compton Award, the Free-Electron Laser Prize, the U.S. Secretary of Energy’s Excellence and Appreciation awards, and an R&D 100 Award. He was named a Fellow in the American Physical Society in 1996. Galayda earned a bachelor’s degree from Lehigh University and a Ph.D. from Rutgers University, both in physics.