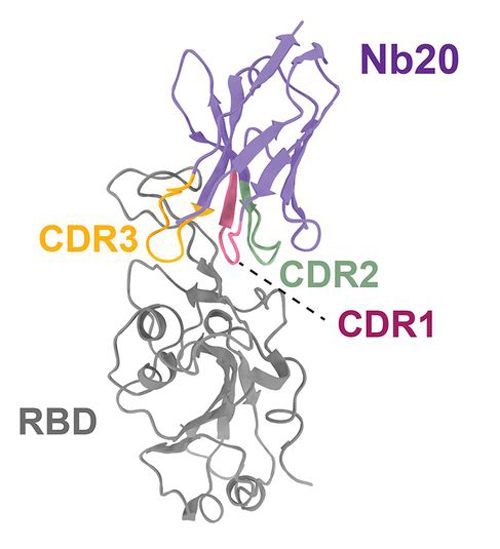 Since the start of the COVID-19 outbreak, scientists from around the world have been working to learn more about the structure of the virus that causes the disease. One of the most powerful tools to illuminate the structure of the SARS-CoV-2 virus has been the Advanced Photon Source (APS), a U.S. Department of Energy (DOE) Office of Science User Facility at DOE’s Argonne National Laboratory.

Scientists use the powerful X-rays generated by the APS to determine the exact atomic arrangement of the virus’s proteins, either alone or with compounds and antibodies that may be used for treatment. Each of these structures is then deposited into the international Protein Data Bank, with contributions from the world scientific community. These structures are used by scientists around the world to develop effective vaccines and treatments.

This week, the 100th structure related to COVID-19 determined using the APS was released. The 100th structure was deposited by a research group from the University of Pittsburgh led by Assistant Professor Yi Shi, part of a study into the effectiveness of nanobodies extracted from llamas as a treatment for COVID-19. That structure (pictured) was determined at the National Institute of General Medical Sciences and National Cancer Institute structural biology facility 23-ID x-ray beamline at the U.S. Department of Energy's APS.

Scientists use the powerful X-rays generated by the APS to determine the exact atomic arrangement of the virus’s proteins, either alone or with compounds and antibodies that may be used for treatment. Each of these structures is then deposited into the international Protein Data Bank, with contributions from the world scientific community. These structures are used by scientists around the world to develop effective vaccines and treatments.

More structures of SARS-CoV-2 have been determined at the APS than at any other light source in the United States.

“Much of what we know about the SARS-CoV-2 virus comes from APS data,” said Stephen Streiffer, Argonne’s deputy laboratory director for Science and Technology and the interim director of the APS. ​“One hundred structures means 100 opportunities to take on this disease, and the APS will continue to be an important part of that fight with structure 101 and beyond.”