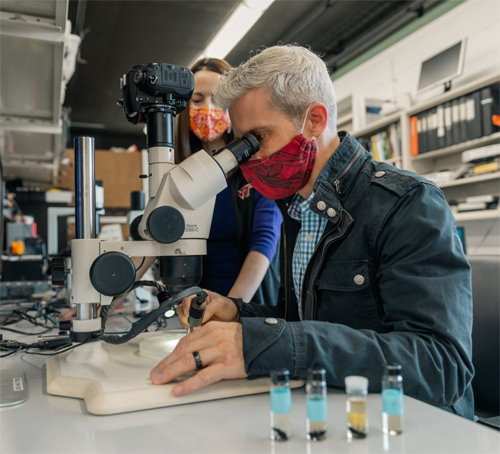 With support from a National Science Foundation (NSF) grant, two faculty members in biomedical engineering and mechanics at Virginia Tech have combined forces to answer questions pertaining to insects’ breathing. The researchers will use the U.S. Department of Energy’s Advanced Photon Source (APS) and the Virginia Tech Nanoscale Characterization and Fabrication Lab to study how oxygen is delivered in insects’ bodies within some of their tiniest tubes, which may lead to new applications in microfluidics.

Together, they will study the role of hydrodynamic slip — an unusual behavior of fluids in special conditions — in insects’ respiratory systems, looking at oxygen delivery at the micro level. The researchers will test their hypothesis that hydrodynamic slip plays a major role in reducing the energy an insect’s body must spend to deliver oxygen to its cells.

As mammals, we use red blood cells to deliver oxygen to our bodies. Scientists have shown that the shape of red blood cells – that is, biconcave discs – results in the cells being pushed to the middle of arteries and capillaries. This enables them to move along more easily, resulting in less friction and thus helping the heart to have an easier job delivering oxygen. This is not the case for insects and their respiratory systems.

Insects breathe differently than we do. They have tiny openings in their body, called spiracles. Air comes into their bodies through spiracles and then travels through their tracheal system directly to the body’s tissues. The tracheal system looks a lot like our circulatory system, with a series of tubes connecting to one another throughout the entire body. The issue, for insects, is getting the air from the spiracles to the farthest reaches of their tracheal tubes.

Hydrodynamic slip occurs when fluids are able to glide over surfaces that would normally have a lot of friction and move farther with the same amount of effort or energy expended, explained Staples, who conducts research in fluid flow and other topics in Laboratory for Fluid Dynamics in Nature at Virginia Tech. In hydrodynamic slip, you can think of fluid “particles” as “ice skating” along the solid surface, Staples said, rather than coming to a stop due to friction, as they normally would. If this is occurring in insects at the micro level, as Staples and Socha are investigating, such slip would help deliver oxygen more easily and lessen the burden on the insect’s body, as it would result in less friction at the walls and would allow oxygen to get to the end of tracheal tube using less energy. 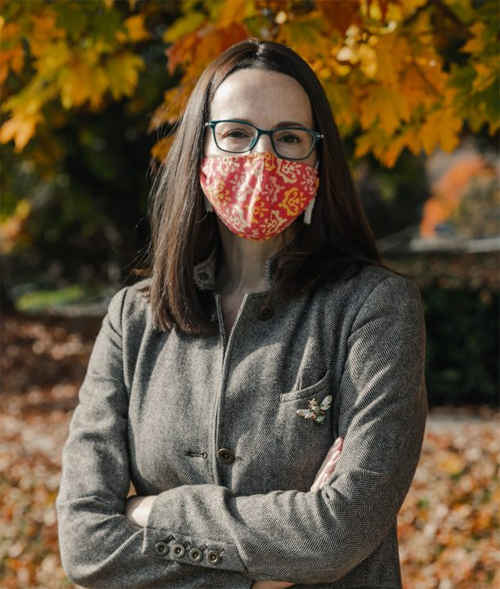 “When you think about ways of getting oxygen to the cells, birds, reptiles, whales, tigers, humans ,and all other vertebrate animals that use blood to deliver oxygen, and then there are insects, who don’t,” Staples said. “So, it’s insects with one paradigm and everything else with another. The red blood cells … help to deliver more oxygen than without them. What about insects? I’m excited about this research, because we may be able to show that insects can [do that], too.”

In this research, Socha will obtain real-life images of insects to get measurements and other data of their tracheal tubes. He is considering using transmission x-ray microscopy (TXM) imaging at the X-ray Science Division Imaging Group’s 32-ID x-ray beamline at the APS, an Office of Science user facility at Argonne National Laboratory. He will then employ ­focused-ion beam imaging at the Nanoscale Characterization and Fabrication Lab at Virginia Tech. These two methods will focus on the very small, close-up anatomy of an insect’s tracheal tube within its respiratory system.­

“As a scientist, questions in my lab are driven by a fundamental understanding,” Socha said, who is also the director of Virginia Tech’s BIOTRANS, an interdisciplinary graduate program of biologists and engineers who work together to study transport in environmental and physiological systems. “The simple question is, ‘How do insects breathe?’ If they are taking advantage of this fluid flow trick – the slip – it has implications for the amount of energy used, and that’s exciting. This is textbook level stuff. We can take what we learn and apply it to other realms, too, which is just amazing.”

After the images and measurements are obtained, Staples will perform airflow simulations on the smallest measured tracheal tubes, where Staples and Socha hypothesize that slip occurs, using the Lattice-Boltzman method and finite-element simulations to quantify the effects of fine details of the tracheal anatomy on the transport of oxygen and carbon dioxide.

Staples explained that a lot is understood about the transport of molecules like oxygen and carbon dioxide through fluids at larger scales and in simpler settings, but less is known about how small geometric features with sizes close to the molecular radius interact with fluid flow at the microscale to help produce molecular transport. Understanding fluid flow at the microscale is important, she said, because it can help us improve microfluidic technologies, for one thing. By uncovering the fundamental fluid mechanical strategies that insects use for transporting gases and solutes deep into the bulk of their centimeter-scale bodies, Staples and Socha hope to discover how nature solves the problem of actively distributing nutrients at the microscale.

What they find could provide inspiration for new microfluidic devices, technology that is used for a number of reasons, such as testing for COVID-19. The results of this research may also have other biomedical applications, such as targeted drug delivery, which allows health care professionals to inject something that would supply a small amount of a drug to a specific area of the body.

“I’m enthusiastic about this project because it has potential real-word impact,” said Staples. “Once we have a better understanding of solutions insects have evolved to efficiently distribute respiratory gases using a microscale fluid system, we can bring what we learned to real-world applications. This is the bio-inspired engineering approach to solving problems – looking for answers in nature and then applying it to technical roadblocks society is facing. Outcomes from this project could have implications for research in tissue growth, fuel cells, and other biomedical and nonbiomedically microfluidic systems. Research in several fields could benefit from this investigation.”

The Advanced Photon Source is a U.S. DOE User Facility operated for the DOE Office of Science by Argonne National Laboratory under contract no. DE-AC02-06CH11357.