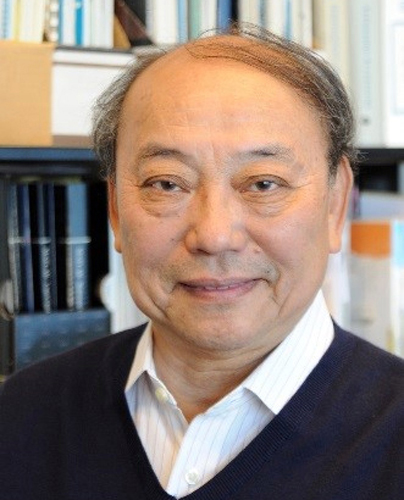 Deming Shu, Senior Engineer for High Precision Instrumentation in the X-ray Science Division (XSD) at the U.S. Department of Energy’s (DOE's) Advanced Photon Source (APS) at Argonne National Laboratory, has been named an Argonne Distinguished Fellow upon unanimous recommendation by the Argonne Laboratory Director’s Oversight Council for Hiring and Promotions.

The Argonne Distinguished Fellow is the highest scientific/engineering rank at Argonne. This distinction is held by only a small fraction (approximately 3%) of the research staff. Staff members who achieve this rank have a widely recognized international reputation and have demonstrated exceptional achievements in science or engineering that are relevant to Argonne’s core missions (e.g., seminal discoveries or advances that have broad influence and impact) or have provided critical technical leadership of major, complex, high-priority projects or programs that impacted the future directions of the laboratory or its mission. This distinction is conferred each year on a maximum of four members of the current R&D science and engineering staff.

Deming Shu received his B.S./M.S. equivalent in aeronautical engineering in 1968 from the Northwestern Polytechnic University, and his Ph.D. equivalent in laser accelerators for high-energy physics in 1980 from the Institute for High Energy Physics. He began his career in the Department of Energy’s national laboratory system in 1984 at the Brookhaven National Laboratory National Synchrotron Light Source as a Visiting Senior Research Engineer. From1989 to 1991, he was a Visiting Staff Scientist at the Lawrence Berkeley National Laboratory Advanced Light Source. His career at Argonne and the APS commenced in 1991 as Chief Design Engineer of the Beamline Engineering Group in the X-ray Facilities Division (now XSD). In 1992, he became Associate Director of the XFD Synchrotron Radiation Instrumentation Collaborative Access Team at the APS, an organization responsible for designing and operating a suite of state-of-the-art beamlines for the APS, and in 2001 was named Group Leader of the XSD High Precision Instrumentation Group until 2003, when he transitioned to his current assignment.

As Chief Design Engineer at the APS, Deming was responsible for the integrated design of x-ray front ends and beamline components that successfully addressed precision positioning and unprecedented heat loads. Importantly, his designs and leadership were among the first to successfully mitigate the hitherto unseen challenges of high-energy third-generation synchrotron x-rays. Moreover, the work he directed was done explicitly in a manner that encouraged wide community adoption. Another key innovation in his career has been the invention of a weak-link mechanism using an ultra-high-vacuum-compatible laminar structure manufactured by chemical etching and lithography. This invention has enabled a broad suite of robust nanoscale positioning applications with uses found in ultra-precise rotary stages and x-ray free electron laser devices throughout the world.

Shu is the author or co-author of 280 scientific articles. He is holder or co-holder of 20 U.S. patents. His previous honors include a 2009 R&D 100 Award (co-recipient) for the Argonne hard x-ray nanoprobe, a 2016 R&D 100 Award (co-recipient) for the Brookhaven National Laboratory hard x-ray scanning microscope with multilayer Laue lens nanofocusing optics, and a 1999 Argonne/University of Chicago Distinguished Performance Award.

Jonathan Lang, XSD Division Director, said, “This is certainly a well-deserved recognition for all of Deming’s contributions to the APS, to Argonne, to other DOE facilities, and to synchrotron light sources world-wide.”

Argonne Deputy Laboratory Director for Science & Technology and Interim APS Associate Laboratory Director Stephen Streiffer lauded Shu as “…an internationally-renowned leader in nanoscale motion control – nanomechatronics  – whose contributions, accomplishments, and expertise have been, and continue to be tremendous enablers for users of x-ray light sources.”

The U.S. DOE's APS is one of the world’s most productive x-ray light source facilities. Each year, the APS provides high-brightness x-ray beams to a diverse community of more than 5,000 researchers in materials science, chemistry, condensed matter physics, the life and environmental sciences, and applied research. Researchers using the APS produce over 2,000 publications each year detailing impactful discoveries, and solve more vital biological protein structures than users of any other x-ray light source research facility. APS x-rays are ideally suited for explorations of materials and biological structures; elemental distribution; chemical, magnetic, electronic states; and a wide range of technologically important engineering systems from batteries to fuel injector sprays, all of which are the foundations of our nation’s economic, technological, and physical well-being.