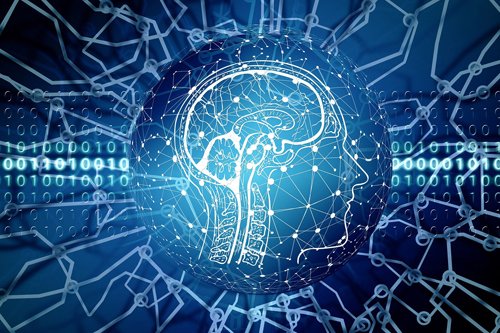 Argonne physicists and computational scientists have been leaders in developing approaches to apply AI/ML to accelerator operations and experimental data collection and analysis at the APS, CNM, and ATLAS. They will be sharing their expertise as leaders and collaborators in seven AI/ML projects. These cross-facility teams will focus on new developments common to the scientific user facilities operated for the Scientific User Facilities Division in the Office of Science Basic Energy Sciences Program, and the Nuclear Physics Program.

“Artificial Intelligence and machine learning have the potential to transform a host of scientific disciplines and to revolutionize experimentation and operations at user facilities in the coming years,” said Dr. Chris Fall, Director of DOE’s Office of Science. “These awards will help ensure America remains on the cutting edge of these critical technologies for science.”

Nicholas Schwarz, Group Leader of the Scientific Software Engineering & Data Management Group in the APS X-ray Science Division is a participant in several of the award groups. “These awards showcase how Argonne researchers are a central part of DOE-wide efforts in AI/ML. These awards will push the boundaries of exciting user science at the APS, CNM, and ATLAS,” Schwarz said.

“For the APS and CNM, these awards by our funding agency at the Basic Energy Sciences program in the Office of Science are a well-deserved recognition of the dedication and outstanding work being carried forward by these Argonne scientists and their colleagues,” said Stephen Streiffer, Argonne Deputy Laboratory Director for Science & Technology and Interim Associate Laboratory Director for the Photon Sciences Directorate. “In the future, the benefits from the research by all of these dedicated scientists will reach far beyond Argonne.”

Here is a list of Argonne staff and colleagues from other DOE labs on each award: