Benmore of APS Demonstrates How to Levitate Objects With Sound 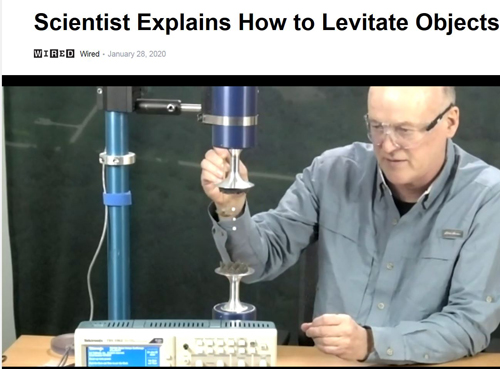 From WIRED via "Yahoo news": Believe it or not, levitating objects aren't just the stuff of science fiction and magic shows. There are actually many different forms of levitation including something called acoustic levitation, which uses powerful sound waves to trap objects in mid-air. WIRED spoke with a physicist [Chris Benmore] at Argonne National Laboratory to find out how acoustic levitation works and what it's used for.