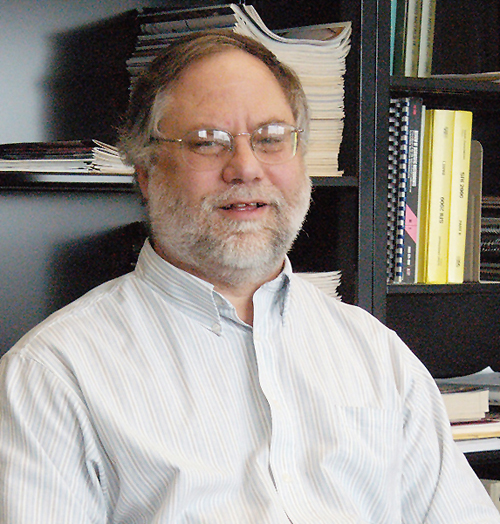 The late Mark A. Beno, former Deputy Director of the Argonne X-ray Science Division (XSD) of the Advanced Photon Source, has been posthumously named a 2019 Fellow of the American Association for the Advancement of Science (AAAS) in the Section on Chemistry. Mark Beno joins the more than 400 new 2019 members of the AAAS who “have earned the lifetime distinction of AAAS Fellow, in honor of their invaluable contributions to science and technology.” Dr. Beno passed away suddenly on August 24, 2019 (https://bit.ly/359iWmt).

Mark came to Argonne initially as postdoc in the Chemistry Division doing neutron and x-ray crystallography, and subsequently transitioning to an Assistant Scientist role in 1982.  In 1987, he moved to the Synchrotron Radiation Science Group in the Materials Science Division at Argonne, where he spear-headed the design, construction, and operations of the Basic Energy Sciences Synchrotron Radiation Center (BESSRC) beamlines at Sector 11 and 12 of the APS.  He became the BESSRC Group Leader, and moved with his group to the now-XSD in 2003.  Mark was named the Deputy Division Director of the XSD in 2005, and held this and many other leadership roles within XSD, including most recently as an Associate Division Director for beamline operations.

Mark’s research produced more than 190 publications and resulted in three awards from the U.S. Department of Energy-Basic Energy Sciences, Division of Materials Sciences, for Outstanding Scientific Accomplishment.  While at the APS, he led or participated in the design of many beamlines, and made significant contributions in the areas of x-ray optics and synchrotron radiation techniques.

AAAS Fellows are elected each year by their peers serving on the Council of AAAS, the organization’s member-run governing body, who evaluate candidates based upon diverse accomplishments, including pioneering research, leadership within a given field, teaching and mentoring, fostering collaborations and advancing public understanding of science.