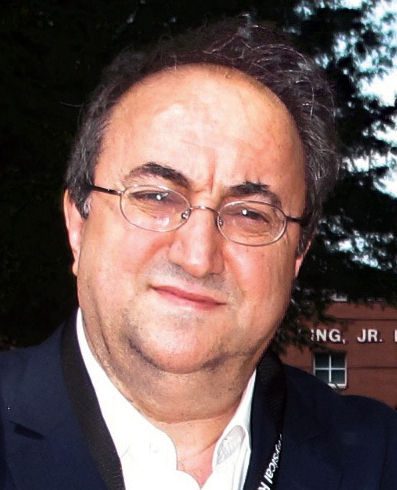 Dr. Ercan Alp of the X-ray Science Division at the U.S. Department of Energy’s Advanced Photon Source (APS) at Argonne has been selected as one of the recipients of an Argonne Distinguished Fellow award for 2019.  The Argonne Distinguished Fellow title is the highest scientific and engineering rank at the Laboratory.  It is reserved for Argonne staff who have made internationally recognized achievements in science or engineering relevant to Argonne’s core mission, or have provided critical technical leadership of major complex projects that impacted the future directions of the Laboratory.

Ercan Alp is a senior physicist in the Inelastic X-ray and Nuclear Resonant Scattering (IXN) Group of the XSD.  He received his B.S. and M.S. degrees in metallurgy and materials science from Middle East Technical University in Ankara, Turkey, and a Ph.D. in physics from Southern Illinois University.

He first joined Argonne as a post-doctoral associate the Materials Science Division (MSD), and subsequently became an assistant physicist in the MSD X-ray Scattering Group.  In 1990, Alp moved to the newly initiated APS Project to work on the development of nuclear resonant scattering methods and instrumentation at beamline 3-ID.  From 1999 to 2003, Alp was the group leader of the IXN Group, during which time he spearheaded the design and construction of a groundbreaking beamline for high-resolution inelastic scattering measurements at beamline 30-ID.

While at Argonne, Alp’s research has focused on the development of nuclear resonant scattering/synchrotron Mössbauer spectroscopy techniques, and on applying them to a wide range of problems in condensed matter physics, geophysics, and biochemistry.  He has co-authored over 310 publications that have been cited more than 8800 times.

Alp has been extensively involved in a number of international scientific outreach efforts through the American Physical Society, including serving as chair of the Forum of International Physics.  He served on advisory committees for synchrotrons world-wide, including twice serving as chair of the scientific advisory committee for the SESAME synchrotron project in Amman, Jordan.  Alp is a member of the Turkish Academy of Sciences and was named one of the 100 best Turkish scientists in the world by the President of Turkey.

He was recently named the 2019 winner of the IBAME Science Award, given every two years to one of the world’s top Mössbauer spectroscopists.