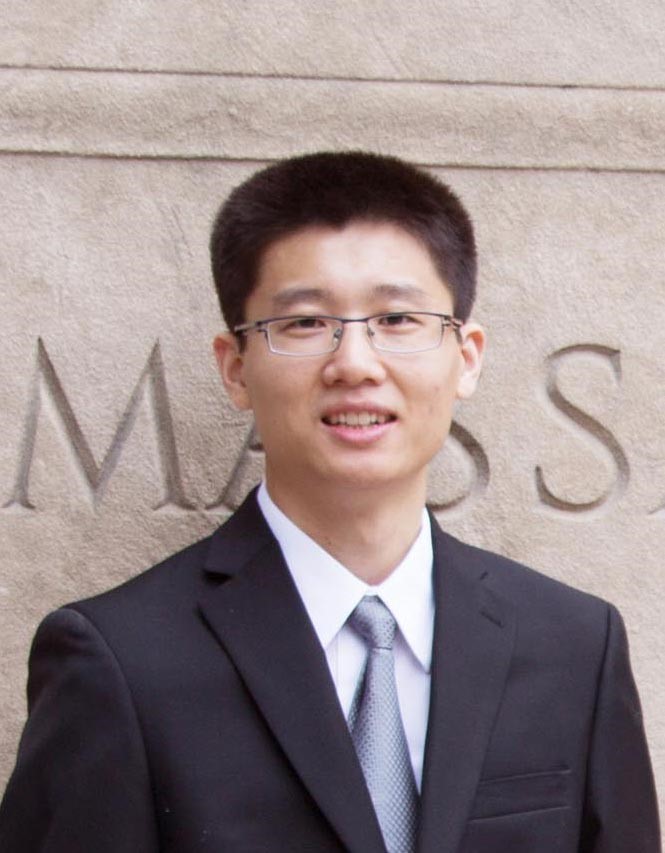 The APS Users Organization (APSUO) is pleased to announce that the winner of the 2016 APSUO Rosalind Franklin Young Investigator Award is Ling Li, from Harvard University. Li was recognized for his work using high-resolution synchrotron-based tomography techniques at the APS to develop a fundamental understanding of the mechanical and multifunctional design of biological materials.

Li’s research is motivated by the fact that our ability to rationally develop multifunctional engineering structural materials without compromising their mechanical performance is currently limited. This is due to the lack of a comprehensive understanding of the interplay between multiple distinct and potentially conflicting properties, and the underlying structure. For example, the design of transparent structural materials is still primarily based on laminated glasses, which is a century-old technology.

Li believes that effective design strategies can be achieved by learning from nature, since structural materials in biological systems are intrinsically multifunctional. As commended by nominators, Li’s ability to seamlessly and successfully combine synchrotron-based tomography with other high resolution materials characterization techniques to answer complex research questions in multifunctional material systems is what truly sets him apart from his peers.

One aspect of Li’s research aims to uncover effective design strategies for the development of robust structural materials that simultaneous incorporate high performance optical elements. Among a number of different model systems he has investigated, Li discovered that the shells from the bivalve of Placuna placenta, commonly known as the windowpane oysters due to their high optical translucency, are extremely damage tolerant at both microscopic and macroscopic length scales. At APS, Li applied high-resolution X-ray tomography to investigate their detailed 3D structure after deformation. This allowed Li to identify the shell’s underlying structural features responsible for their remarkable capability of damage localization: the shell consists of a 3D integrated laminate, instead of previously proposed simple laminate, which results in extensive crack deflection and bridging for efficient damage localization. Moreover, quantitative analysis of the tomography data supports the theoretical analysis on the interfacial fracture toughness, which can be enhanced by almost two orders of magnitude in comparison to classic laminated composites. The results from these studies have been published in Nature Materials, Advanced Materials, and Advanced Functional Materials (and highlighted on the journal cover).

Li has also identified the design trade-off in the mineralized protective armor of the chiton Acanthopleura granulata, which simultaneously combines mechanical protection with optical sensing. Chitons are the only known group of extant mollusks to have living tissue integrated within the outermost layer of their shells. By utilizing the high-resolution tomography capabilities at the APS, Li and his team were able to, for the first time, probe the three-dimensional architecture of the eyes within the armor plates and quantify the lens geometries and curvatures. They were also able to experimentally demonstrate the image-forming capabilities of these mineralized lenses and showed that performance trade-off is fundamentally present at the materials level in order to achieve multiple functions. These studies revealed that as the size, complexity, and functionality of the integrated optical elements increases, the local mechanical performance of the protective armor plates decreases. This work has been reported in Science (and highlighted on the journal cover) and widely reported by multiple media outlets, including the Atlantic, Fox News, Discovery News, C&EN, etc.

As Li noted, one of the biggest strengths of the APS is its diversity of available analytical techniques, where one can always find suitable solutions for solving complex research problems. As an example, during his visits to the APS, Li has also utilized the high-resolution x-ray transmission microscopy capabilities at 32-ID to study the mineralized photonic crystal structure integrated within the protective shells of the blue-rayed limpet. In addition to his pioneering work investigating structure-function relationships in the multifunctional biological materials, together with collaborators from the US, the UK, Canada, and the Netherlands, Li has been using this high-resolution approach to study dynamic materials and processes, such as self-assembling nanostructures and in-situ analysis of crystal nucleation and growth.

Li received his bachelor’s degree from the National University of Singapore in 2008 and his Ph.D. from MIT in 2014. He is currently a postdoctoral fellow at the John A. Paulson School of Engineering and Applied Science and the Wyss Institute of Biologically Inspired Engineering at Harvard University. In his current work at Harvard, Li integrates his knowledge of the structural and mechanical understanding of biological materials and his expertise in material synthesis and fabrication to develop artificial multifunctional materials to solve real world engineering problems.