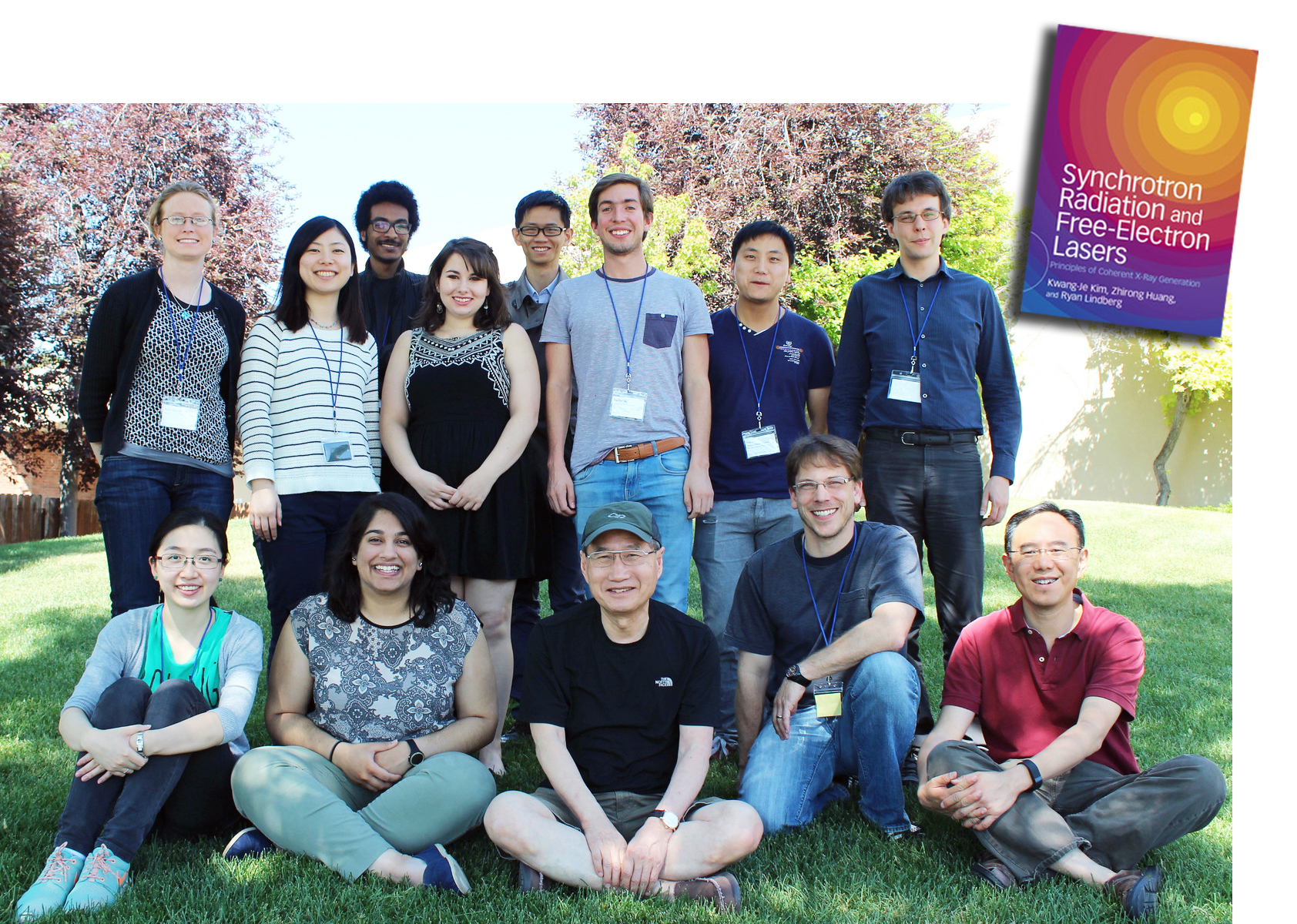 Argonne and APS Accelerator Systems Division accelerator physicists Kwang-Je Kim and Ryan Lindberg, together with fellow accelerator physicist Zhirong Huang of the SLAC National Accelerator Laboratory, are co-authors of a new textbook, Synchrotron Radiation and Free-Electron Lasers: Principles of Coherent X-Ray Generation, to be published in May 2017 by Cambridge University Press.

The book is a unified exposition of synchrotron radiation sources and free-electron lasers (FELs). It is a timely publication in view of the modern synchrotron radiation facilities such as APS serving thousands of users, the advance toward the MBA (multi-bend achromat) ring-based fourth-generation capabilities at the APS and elsewhere, and the recent development of x-ray free-electron laser facilities at SLAC and elsewhere opening possibilities for capturing images of nano-sized objects and studying their femtosecond motions. (One femtosecond is a millionth of a billionth of a second.)

“Our book covers the basic principles as well as the in-depth discussions of advanced mathematical concepts that underlie these unique light sources,” the authors say. “We hope it will serve as a comprehensive resource for students and researchers who design, operate, use, and innovate these facilities.”

The book originated in a course the authors have been teaching at the U.S. Particle Accelerator School since 2000.