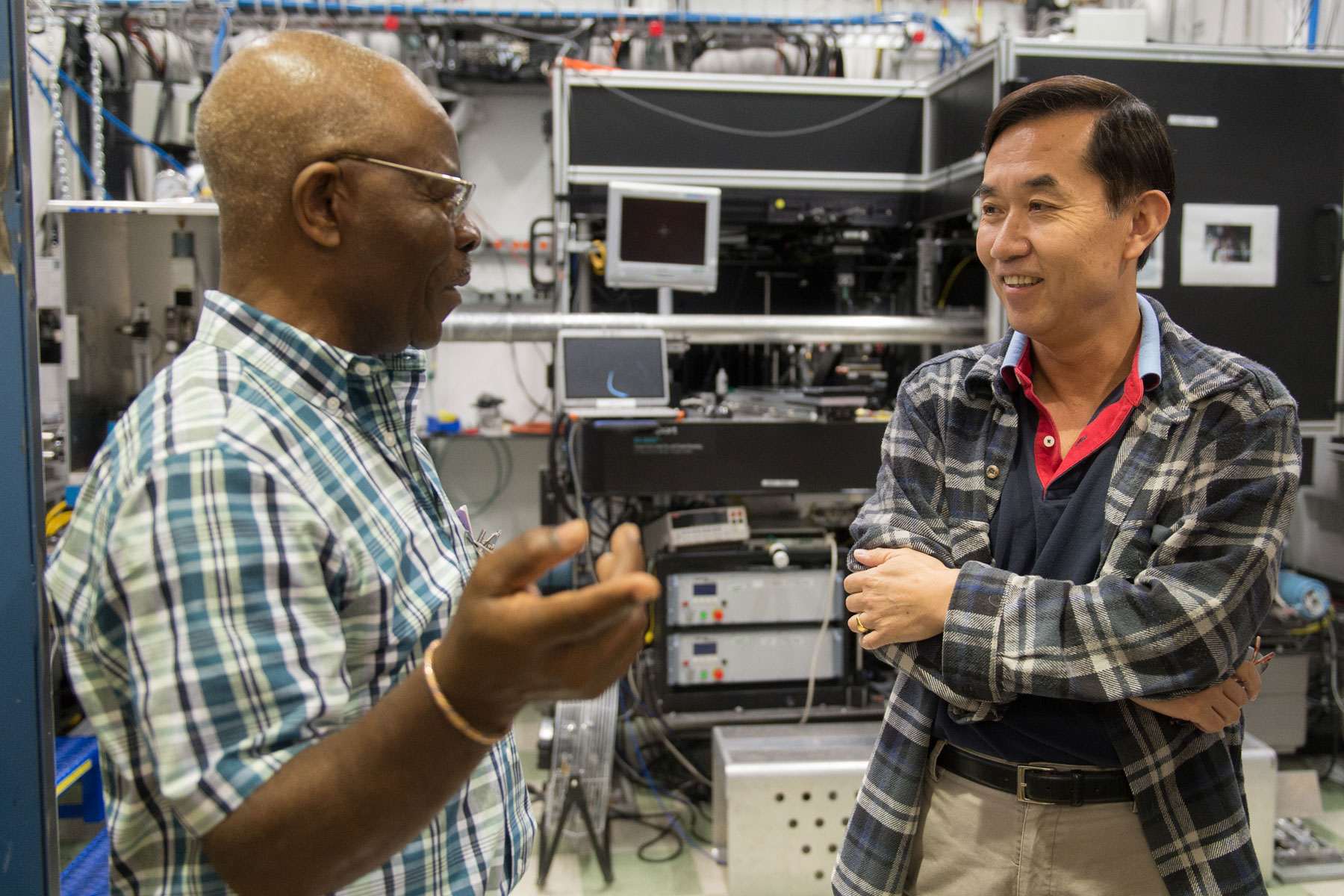 Researchers at historically black colleges and universities (HBCUs) and other minority-serving institutions (MSIs) may not have the same networks and access as others. Tucked away in academic silos, many lack direct connections to use these vital resources. To address this gap in access to resources, the U.S. Department of Energy's (DOE's) Argonne National Laboratory partnered with the Interdisciplinary Consortium for Research and Education and Access in Science and Engineering (INCREASE) organization this fall for a two-day workshop.

INCREASE is a volunteer-led organization formed seven years ago at DOE's Brookhaven National Laboratory; its members teach and conduct research at institutions whose student bodies are predominately African American, Hispanic or Native American. The organization facilitates connections between these researchers and those at DOE's national laboratories. Once these connections are made, the hope is that these new visitors become future collaborators. Lacking access to world-class research tools limits the types of questions a cancer researcher or aerospace engineer can ask. This lack of access also limits their ability to inspire a new generation of science, technology, engineering, and math (STEM) professionals who are fully aware of the tools and networks available to them.

"It is really about creating a pipeline of partnerships that solve real problems," said Eric Sheppard, Dean of Engineering and Technology at Hampton University and INCREASE chair. "These partnerships have impacts beyond our MSIs since many minority students who go on to get their Ph.D.s at institutions like the University of Chicago or MIT get their bachelor's degrees at HBCUs and MSIs."

The workshop's goal was to increase the participation in and diversity of the user base at Argonne's scientific user facilities by providing awareness of tools freely available at national laboratories. Within tailored conversations about writing competitive proposals, INCREASE members and Argonne researchers also built direct connections.