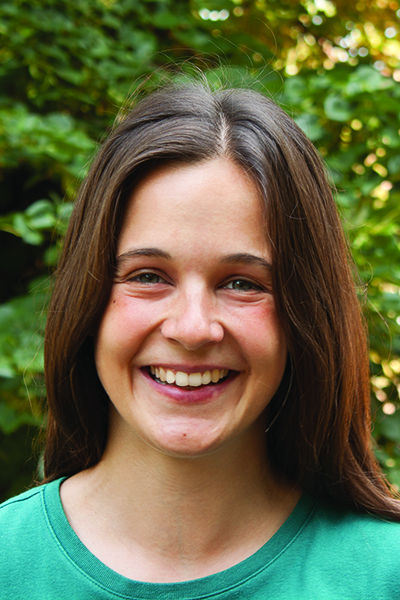 Jana Šmilauerová, a student at the Charles University in Prague, Czech Republic, and a student user of the ChemMatCARS x-ray beamline at the Argonne Advanced Photon Source (APS), has been awarded an Acta Student Award for her “primary contribution” to the manuscript, “Ordered array of [omega] particles in [beta]-Ti matrix studied by small-angle X-ray scattering,” Acta Materialia 81, 71 (2014). The award comes with a prize of $2,000 and will be presented to Ms. Šmilauerová at the Materials Science and Technology 2015 Meeting in Columbus, Ohio, on October 5, 2015, during the ASM Leadership Luncheon.

The work detailed in the paper co-authored by Ms. Šmilauerová and her colleagues P. Harcuba, J. Stráský, J. Stráská, M. Janeček, J. Pospíšil, R. Kužel, T. Brunátová, V. Holý, and J. Ilavský was performed using the ultra-small-angle x-ray scattering/small-angle x-ray scattering (USAXS/SAXS) instrument at ChemMatCARS beamline 15-ID-D of the U.S. Department of Energy’s APS (the APS is an Office of Scince user facility). These studies are the result of a collaboration between the Charles University in Prague and the APS/ChemMatCARS USAXS/SAXS instrument and beamline staff. The manuscript reports on finding spontaneously ordered nanometer-sized [omega]-Ti particles in single-crystalline [beta]-Ti matrix investigated by SAXS. The authors demonstrated that the driving force of the particles’ ordering is the interaction energy between neighboring particles caused by anisotropic elastic strains around the particles. In contrast to previous studies, Šmilauerová et al. found that the ordering occurs along directions, which corresponds to elastically weak directions of the host material. The results will be included in Šmilauerová’s Ph.D. thesis, together with other experimental results achieved by other methods (x-ray diffraction, measurement of mechanical properties, x-ray absorption, and diffraction spectroscopy).

Jana Šmilauerová obtained her B.S in physics from Charles University in Prague, Czech Republic, in 2010. She earned a M.S. in materials science in 2012 and is currently in the third year of her doctoral studies at the Department of Physics of Materials, Charles University in Prague. Her main field of research is the investigation of phase transformations in titanium alloys. During the past few years of her Ph.D. studies, she focused on the techniques of synchrotron and neutron radiation (e.g., SAXS and neutron scattering) and x-ray diffraction methods, which she employed to investigate the mechanisms of phase transitions in titanium alloys.