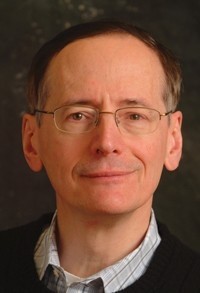 Prof. Tobin J. Marks, the Charles E. and Emma H. Morrison Professor of Chemistry, Professor of Materials Science & Engineering, and the Vladimir N. Ipatieff Professor of Catalytic Chemistry at Northwestern University, has been selected as the 2017 winner of the Priestley Medal for “pioneering research in catalytic polymerization, organometallic chemistry, organic opto-electronic materials, and electronically functional metal oxides.” The Priestly Medal is the American Chemical Society’s highest honor, which recognizes distinguished services to chemistry.

According to the article by Elizabeth K. Wilson in the June 13, 2016, web issue of Chemical & Engineering News, "The breadth, quantity, and quality of Marks’s work has long been recognized by his peers. For nearly 50 years, Marks has been carrying out cutting-edge work, including the development of organic photonics and olefin-polymerization techniques that led to processes that produce more environmentally friendly plastics. Marks has many standout achievements, including the development of flexible electronic materials that can be used for organic light-emitting diodes and solar cells. He cofounded the company Polyera to commercialize these materials. Marks’s group has also devised methods for producing classes of oxide thin films, leading to transparent and energy-efficient conducting materials."

Through the years, Marks has garnered dozens of awards, including the U.S. National Medal of Science in 2005, the Arthur C. Cope Senior Scholar Award in Organic Chemistry in 2011, and the Gabor A. Somorjai Award for Creative Research in Catalysis in 2013. He’s published more than 1,100 papers, has more than 230 patents, and has served as an editor for Organometallics for 25 years. Tobin Marks is author or co-author on 27 peer reviewed articles listed in the APS Publications Database, including 18 based in part on research performed on the grazing-incidence x-ray scattering instrument at beamline 8-ID-E in the last few years in collaboration with his fellow investigators from the Argonne Northwestern Solar Energy Research Center, an Energy Frontier Research Center supported by the U.S. Department of Energy.