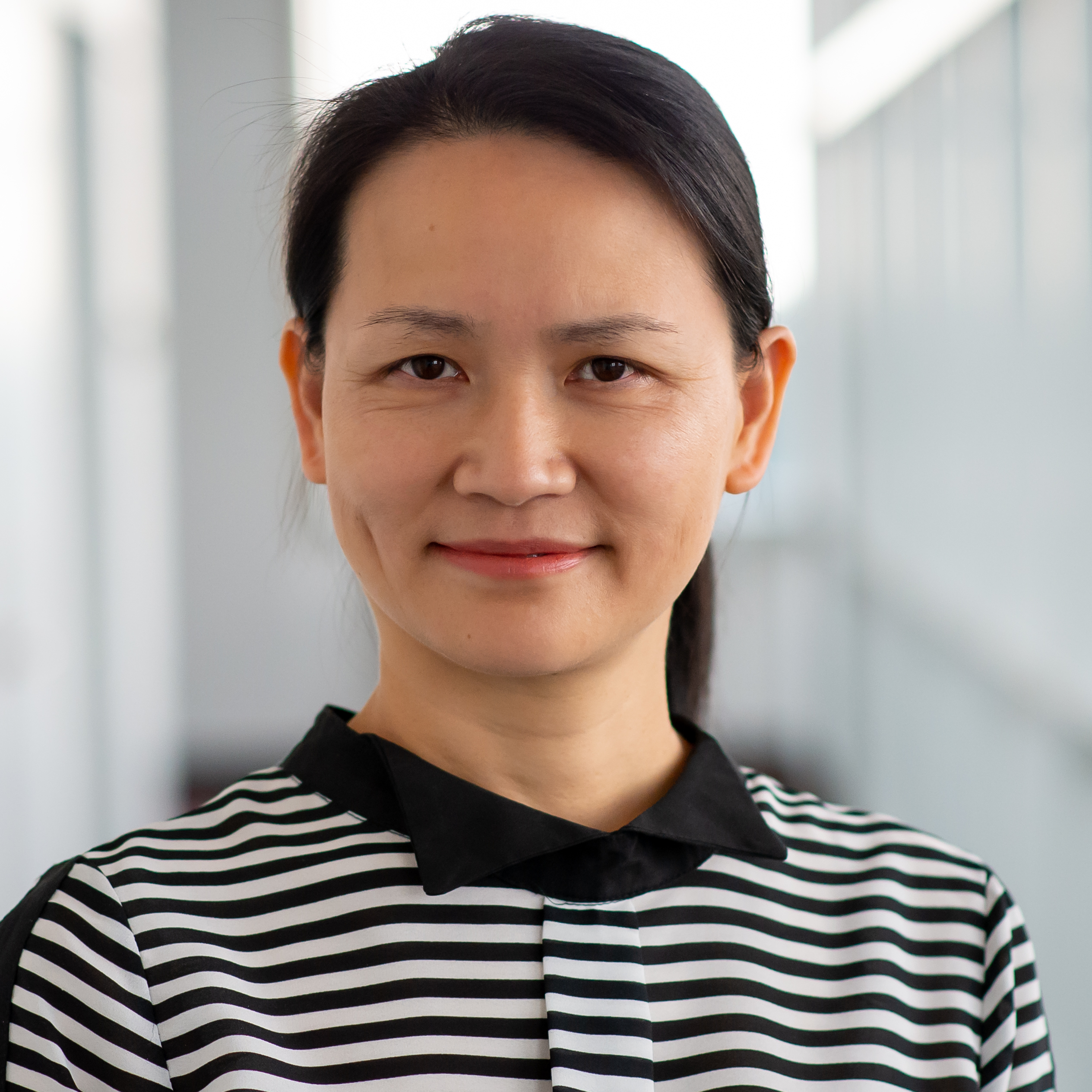 A project of this scope is an extraordinary endeavor, but like all similar projects, it is being designed, built, tested and installed by people. This series of profiles focuses on the people behind the APS Upgrade. This project has dozens of human faces, and it's the goal of this series to showcase the people who make up the APS Upgrade team and their roles in the larger effort.
#TeamWorkMakesTheBeamWork

In some ways, it’s no surprise Jie Liu grew up to be an engineer.

She’s following in the footsteps of her father, who made engineering his career. From a young age, she said, she was fascinated by the big machines her father worked on, and she would take bicycles apart and put them back together, learning how they worked. After graduating from the University of Alabama with an engineering degree, Liu took a job at an industrial company, designing new power tools.

“The moment I knew I was meant to be an engineer came when I first held a product I designed in my hand,” she said. “I got the chance to go to the assembly line and test the product myself.”

Ten and a half years ago, Liu made the jump to the U.S. Department of Energy’s (DOE) Argonne National Laboratory. Now she works as a principal mechanical engineer on the upgrade of the Advanced Photon Source (APS), a DOE Office of Science User Facility at Argonne. While her job is similar – she designs mechanical devices to exacting standards – her work is on a whole different scale now.

“The biggest difference between Argonne and an industry job is the variety of high-profile projects,” Liu said. “In my previous job I worked on a series of projects, but they were like an 8-inch saw, a 10-inch saw, a 12-inch saw. The process was the same. It’s kind of exciting the first time, but after many times I found it boring.”

Liu has been in no danger of boredom since joining the APS Upgrade project. Her assignments have been many and varied, dating back to the first version of the upgrade. That version was focused on improving several of the beamlines, the experiment stations where scientists harness the APS’s ultrabright X-rays for research, and Liu designed two of them.

Before long, though, the upgrade project received an upgrade of its own, morphing into a much broader effort to replace the current electron storage ring at the heart of the APS with a state-of-the-art model. That new storage ring will include 1,321 new magnets, in 15 different varieties and configurations, to focus and steer the electron beam, and Liu and her colleagues spent four years designing those magnets.

The upgraded APS will produce X-ray beams that are up to 500 times brighter than those generated by the current facility, and the designs by Liu and her colleagues are a large part of why. The magnets they envisioned will produce much more powerful magnetic fields with better field quality, enabling much more powerful beams. Liu and her colleagues devised a method to make high-quality magnets at low cost, and received a patent for it.

But it’s not just the physics that designers like Liu have to incorporate into their plans.

“We have to think about all kinds of other things,” she said. “Cooling water, power sources, temperature monitoring and safety interlocks, survey and alignment, it all goes into the design.”

Those magnets are now being manufactured and delivered to Argonne by companies following the group’s designs, and more than 1,000 of them have arrived at the lab. And Liu herself has now moved on to a different project: designing the injection system that will keep the circulating electron beam refreshed and at full power.

The APS electron beam does not move around the storage ring in a perfect circle. At each bend in the track, the beam releases the ultrabright light that scientists use for experiments, but it also loses a few electrons as the beam changes direction. That’s why it has to be refreshed at regular intervals. The current APS injects freshly accelerated particles into the ring on top of the ones already there. The upgraded APS will instead swap out electrons that have been circulating for some time and replace them with ones that are just beginning their trek around the storage ring.

It’s that system that Liu is designing, and it will swap out bunches of electrons in real time, as they are moving at nearly the speed of light.

“It’s very challenging,” she said. “The kicker will kick a bunch of electrons out, and at the same time we’ll inject a bunch in. The system is doing both. We found only one viable vendor who can make the high voltage pulsers that power these kickers.”

Further complicating the design was the fact that Liu and her colleagues had to prepare for two possible approaches at once: a vertical injection scheme and a horizontal one. APS Upgrade leaders recently determined that a horizontal approach would be best, but for a while she and her fellow engineers worked on both designs in parallel.

The injection system will be part of the installation of the new storage ring, which will begin in April 2023 and take a full year to set in place. Designing, testing and installing a machine like this is only possible, she said, because the APS Upgrade project has “the best team in the world.”

“It’s the best working environment,” she said. “If we need something, we can go to people and they will help us as much as they can. And we always make use of the advantage of having people here who helped build the original APS. We can go to people who worked on the magnets, or the vacuum systems, and they have so many years of experiences.”

Liu joined Argonne, in part, for the new challenges that working on a massive endeavor like the APS Upgrade would present. She said those challenges inspire her to work harder, to be more creative. But the best part, she said, remains seeing the product of your work take real, physical shape.

“When I go to the testing lab and see the magnets, like little terracotta soldiers sitting there, it’s the best thing,” she said. “I know every detail of them. It’s very rewarding.”