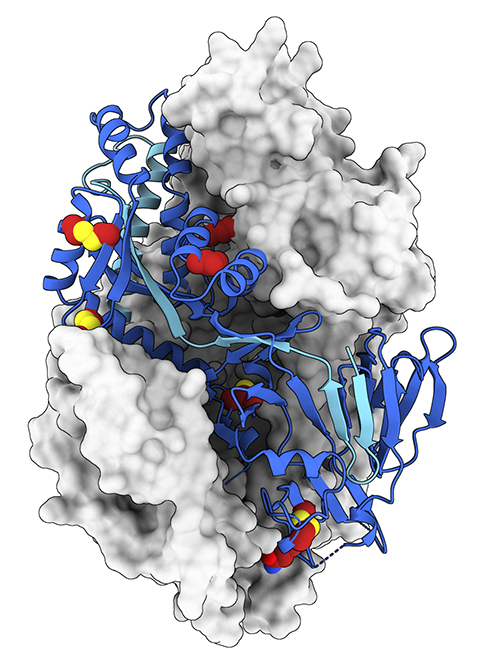 When the U.S. Centers for Disease Control and Prevention began investigating several cases of severe respiratory illnesses around the state of North Dakota in 2016, they uncovered the presence of a serious and potentially life-threatening virus known as human metapneumovirus (hMPV). Within four hospitals across the state, 44 cases of hMPV were uncovered impacting both children (17) and adults (27). And although many healthy populations are not severely impacted by hMPV, five of the patients from this outbreak―including two children, succumbed to the illness. hMPV like COVID-19, which would surface only three short years later, and other transient viruses suffer from the same problem: a lack of information. The cases in North Dakota show that hMPV can have serious health implications for some patient populations, but the lack of understanding about this virus, and countless others, means that there are no vaccines or therapeutics available to help protect at-risk groups. Fortunately, this issue is starting to change. In a recent study published in Nature Communications, a team of researchers carrying out experiments at the U.S. Department of Energy’s Advanced Photon Source (APS) have isolated and characterized highly stable hMPV fusion (f) proteins that are critical for viral entry. The insights reported not only provide the structure-function relationship of these fusion proteins, but also highlight the potential for these proteins to advance the development of hMPV vaccines and therapeutics.

COVID-19, which has resulted in the death of more than 6.6 million people around the world, has brought dialogue about vaccines and immunity back to the forefront of public conversation. And although devastating viral infections like polio, hepatitis A&B, Haemophilus influenzae type B, measles, and mumps have essentially been erased from the U.S. vernacular due to successful vaccination programs, few people are aware that many debilitating and long-standing viral pathogens, like chikungunya virus, Dengue virus, eastern equine encephalitis virus, cytomegalovirus, respiratory syncytial virus and a number of other viruses still lack the basic research to develop adequate vaccines and therapeutics.

Similarly, the devastating hMPV virus that struck North Dakota in 2016 lacked the basic research information for vaccine development and remains without a vaccine in 2022.

hMPV was first discovered in 2001, though scientists know that the virus has been circulating for at least the past 70 years. It typically infects most humans before the age of five but can reoccur throughout life since infection at a young age induces incomplete immunity. Older adults, children, and the immunocompromised are at most risk for severe pneumonia and bronchitis.

In this work, the team of researchers provide new insights into the structure of hMPV fusion proteins derived from diffraction data collected at the Structural Biology Center (SBC-XSD) x-ray beamline 19-ID of the APS, an Office of Science user facility at Argonne National Laboratory. The proteins aid in the mechanism for viral entry and are a key target for potential neutralizing antibodies and vaccine development. Specifically, the hMPV virus encodes three surface-expressed membrane proteins: the small hydrophobic (SH), attachment (G), and fusion (F) proteins (Fig. 1).

Research on protein structures has focused on the F protein due to its critical role in viral entry, but the F protein is hard to target because it is unstable and prone to shape shifting into the alternate post-fusion conformation. By structurally engineering the F protein with modifications, the research team stabilized the prefusion F protein and locked it into a prefusion conformation that would heighten its ability to produce a neutralizing immune response.

Mice injected with prefusion F exhibited higher resistance to the hMPV virus with a 6-fold higher immune response in mice when compared to the post-fusion conformation. Notably, with DS-CavEs2, the research team concluded that there is no immediate need for further stabilization of the F protein.

While clinical trials are still needed, the study suggests that a vaccine is within reach for fighting hMPV and protecting at-risk populations. The study also highlights the usefulness of applying structural information to guide the advancement of vaccine research through protein modification, both for hMPV and other viruses that lack a vaccine.

The confluence of biology and engineering represents a cutting-edge approach to designing science that saves lives. While vaccines are one of humankind’s greatest inventions, some viruses outwit the best efforts of scientists. The outlook is promising that these viruses will no longer elude scientists in the future.  ― Stephen Taylor

The authors acknowledge the University of Texas College of Natural Sciences and award RR160023 of the Cancer Prevention and Research Institute of Texas for support of the EM facility at the University of Texas at Austin. This work was funded in part by Welch Foundation grant number F-0003-19620604 (J.S.M). SBC-XSD is operated by UChicago Argonne, LLC, for the U.S. Department of Energy (DOE), Office of Biological and Environmental Research under Contract DE-AC02-06CH11357. This research used resources of the Advanced Photon Source, a U.S. DOE Office of Science User Facility operated for the DOE Office of Science by Argonne National Laboratory under Contract No. DE-AC02-06CH11357.