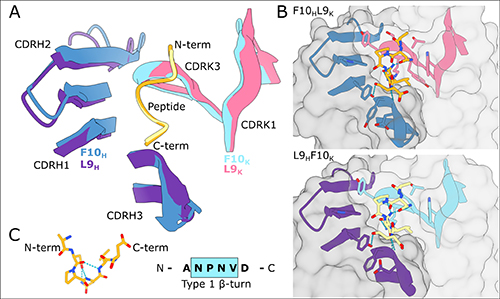 As the world continues to recover from the most recent spike of SARS-CoV-2 (Omicron), we are starting to come to grips with the fact that this virus, or variants of this virus, are going to be with us well into the future. And even though we must stay vigilant in our research for a cure and treatment for this family of viruses, we are faced with the simple fact that COVID is now just one of the many endemic infectious diseases that we live with―and it may not be the most prevalent. For example, in 2020 there were ~241 million new cases and ~627,000 deaths from malaria around the world as compared to 85 million cases and 2 million deaths from COVID during the same period. Although there was a large uptick in new malaria cases and deaths compared to 2019, these numbers show that other endemic diseases also need the attention of our best researchers: We need new and improved vaccines for these “legacy” diseases. In the case of malaria, a team of researchers conducting experiments at the U.S. Department of Energy’s Advanced Photon Source (APS) are making significant strides in understanding the structures, binding sites, and interactions of malaria fighting antibodies. The insights gained through this research, published in the journal Cell Reports, may lead to new, more effective vaccines, with improved longevity and efficacy.

Malaria is one of the world’s oldest known diseases, with significant scientific research starting in the late 1800s and the earliest symptomatic descriptions originating around 400-1500 B.C. Caused by parasites and not contagious through human-to-human contact, malaria owes its high communicability to mosquitoes, which cause significant regional burden, especially in Sub-Saharan Africa. Malaria is caused by several species of parasites belonging to the Plasmodium genus. The infective form of Plasmodium parasites, known as sporozoites, replicate in the mosquito gut and travel to the mosquito salivary glands before they are injected into humans with the next bite.

To date, the most advanced vaccine for malaria is RTS,S, a protein subunit vaccine that presents a portion of the dominant sporozoite surface protein, circumsporozoite protein (CSP) from Plasmodium falciparum (Pf), the deadliest species of Plasmodium that infects humans. However, recent studies have shown that RTS,S vaccine may not include several sites of vulnerability in PfCSP and thus may not elicit the best immune response, which could result in the drop in vaccine protection observed over time. These insights were gleaned from studying highly potent monoclonal antibodies that specifically target these vulnerable sites on PfCSP. Yet, there is little known about the structure and binding modes of these highly potent antibodies with PfCSP until now.

In their recent work the research teams report on the interaction of monoclonal antibody L9, which preferentially binds PfCSP through the subdominant and vulnerable NVDP peptide while showing limited binding to the more immunodominant NANP peptide sequence. Of particular interest, and with support from beamline scientists at the Structural Biology Center (SBC-XSD) facility at the Advanced Photon Source (APS), the authors report a new structure of the antigen-binding fragments (Fabs) for antibodies closely related to L9 and the minimal peptide NANPNVDP that contains all of the recognition motifs. The structure is based on x-ray diffraction data obtained at the SBC-XSD 19-ID beamline at the APS, an Office of Science user facility at Argonne National Laboratory; and at beamline 5.0.2 of the Advanced Light Source, an Office of Science user facility at Lawrence Berkeley National Laboratory. The new structure not only definitively shows that L9 preferentially binds through the vulnerable NVDP domain, but also shows similar configuration to antibodies that target the more prevalent NANP sequence motif.

These results suggest that malaria vaccines designed based on L9-NPNV interactions may exhibit improved efficacy in comparison to the world’s only approved malaria vaccine, RTS,S. Furthermore, the structural insights gained through this work not only increases the understanding of the structure and function of malaria vaccines but could also inform our approaches to new vaccines for other endemic diseases that we currently endure.  ― StephenTaylor

N.K.H. and M.P. were supported by the Bill & Melinda Gates Foundation grant OPP1156262. A.S. was supported by contract HHSN261200800001E from the National Cancer Institute, National Institutes of Health (NIH). Y.F.-G. and F.Z. thank the Bloomberg Philanthropies for their continued support. We thank the J.B. Pendleton Charitable Trust for its generous support of Formulatrix robotic instruments. The Berkeley Center for Structural Biology is supported in part by the Howard Hughes Medical Institute. The Pilatus detector on 5.0.1. was funded under NIH grant S10OD021832. The ALS-ENABLE beamlines are supported in part by the NIH, National Institute of General Medical Sciences, grant P30 GM124169. The Advanced Light Source is a Department of Energy Office of Science user facility under contract no. DE-AC02-05CH11231. The Pilatus detector on 5.0.1. was funded under NIH grant S10OD021832.The Structural Biology Center is operated by UChicago Argonne, LLC, for the U.S. Department of Energy, Office of Biological and Environmental Research under contract DE-AC02-06CH11357. This research used resources of the Advanced Photon Source, a U.S. Department of Energy (DOE) Office of Science User Facility operated for the DOE Office of Science by Argonne National Laboratory under contract DE-AC02- 06CH11357.