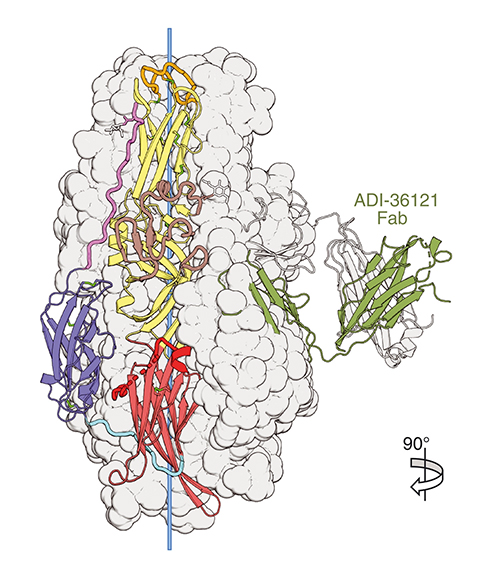 In October 2008, a 60-year-old butcher was admitted to a rural hospital in southern Sudan with a high fever, chills, headache, and other symptoms. The patient died within five days of falling ill. At least six people who helped care for the butcher passed shortly after with similar symptoms. In November of 2021, a 70-year-old woman from South Africa went to the hospital with complaints of malaise, fever, chills, headache, muscle and back pain, ecchymosis, and a maculopapular rash. During the medical examination, a tick was detected on the patient’s neck. Luckily, the patient made a full recovery. In all cases, the patients suffered from a highly contagious and lethal virus known as the Crimean-Congo hemorrhagic fever (CCHF) virus that is typically transmitted by ticks or by coming in contact with bodily-fluids of an infected animal or person. Despite the fact that between 10% and 40% of cases are fatal, there is little known about the mechanism that the body uses to counteract the virus and the structure of the neutralizing antibodies involved in this process. This presents a significant barrier to the development of life-saving medical treatments and vaccines for communities where CCHF virus is endemic. In work published in the journal Science, an international team of researchers provide new insights into the structure of CCHF virus antibodies and the mechanism for providing protection against this contagious and often fatal virus. These results are based on experiments carried out at the U.S. Department of Energy’s Advanced Photon Source (APS), the European Synchrotron Radiation Facility (ESRF, France), and the French SOLEIL synchrotron x-ray light sources.

As we continue to deal with the current coronavirus pandemic, it is hard to keep from asking, “What’s next?” In fact, the WHO currently has a list of 10 diseases prioritized for research and development within emergency contexts. On this list is the CCHF virus, which is endemic in Eastern Europe, Asia, Africa, and the Middle East. However, with global warming impacting animal habitats and migratory patterns, the CCHF virus could infiltrate new regions where it previously didn’t exist. In fact, recent cases in Spain, Italy, and the United Kingdom are thought to have originated from ticks transported by birds. Taken together, CCHF poses a substantial threat to transition from a regional endemic to the next global pandemic.

Specifically, it is known that the CCHF virus infects host cells using membrane bound Gc/Gn envelope glycoproteins.  These glycoproteins undergo processing by host proteases resulting in conformational changes of Gc protein which promotes membrane fusion. The Gc protein is the only known target of the two most potent antibodies, ADI-36121 and ADI-37801, yet it is unknown how they neutralize the CCHF virus.

Using x-ray diffraction data obtained at the Structural Biology Center x-ray beamline 19-ID-D at the APS (an Office of Science user facility at Argonne National Laboratory), the ESRF beamline ID23-1, and the SOLEIL synchrotron beamline PROXIMA-2A the team was able to isolate and image post-fusion Gc and pre-fusion Gc bound to the antigen-binding fragments of ADI-36121 and ADI-37801 (Fig. 1). Uniquely, their results clearly show the two antibodies working synergistically to prevent Gc-driven membrane fusion by blocking glycoprotein conformational changes. This synergistic response is consistent with mice models where an antibody containing variable binding domains of both ADI-36121 and ADI-37801 show protection from CCHFV even when administered 24 hours after exposure.

Although more insights are needed to develop therapeutics and vaccines for limiting and preventing the spread of CCHFV, this research provides foundational insights for the basic reactivity needed for vaccine discovery and development. And, due to the fact that CCHFV is already endemic around the world and has a significant impact on human life, we should be directing resources towards the development of vaccines for this disease today. In fact, some pharmaceutical companies, like Moderna, are currently exploring CCHFV vaccines for clinical trials.   ― Stephen Taylor

This work was supported by National Institutes of Health award U19 AI142777 to J.S.M., Z.A.B., K.C., and L.M.W., as well as by Institut Pasteur, CNRS, and grant ANR-10-LABX-62-10 IBEID to F.A.R., and by the LabEx Ecofect (ANR-11-LABX-0048) of the “Université de Lyon,” within the program “Investissements d’Avenir” (ANR-11-IDEX-0007) operated by the French National Research Agency (ANR), to F.-L.C. Research was funded in part by Welch Foundation grant F-0003-19620604 awarded to J.S.M. The Pasteur-Cantarini 24-month fellowship was granted to J.H., who was further supported by the Région Ile de France (Domaine d’intérêt majeur - innovative technologies for life sciences, DIM 1HEALTH). The Structural Biology Center is operated by UChicago Argonne, LLC, for the U.S. Department of Energy (DOE), Office of Biological and Environmental Research under contract DE-AC02-06CH11357. This research used resources of the Advanced Photon Source, a U.S. DOE Office of Science User Facility operated for the DOE Office of Science by Argonne National Laboratory under Contract DE-AC02-06CH11357.