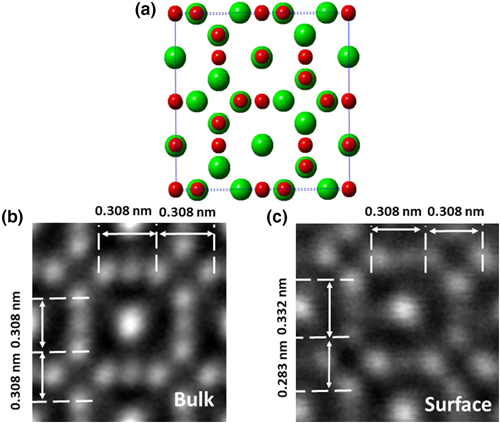 The original Michigan Tech News release can be read here.

Optical signals produced by laser sources are extensively used in fiber-optic communications, which work by pulsing information packaged as light through cables, even at great distances, from a transmitter to a receiver. Through this technology it is possible to transmit telephone conversations, internet messages, and cable television images. The great advantage of this technology over electrical signal transmission is its bandwidth—namely, the amount of information that can be broadcast. New research from a collaboration between researchers from Michigan Technological University and Argonne National Laboratory, using high-brightness x-rays from the U.S. Department of Energy’s Advanced Photon Source (APS) further improves optical signal processing, which could lead to the fabrication of even smaller fiber-optic devices. The study unveiling an unexpected mechanism in optical non-reciprocity—developed by the research group of Miguel Levy, professor of physics at Michigan Tech—was published in the journal Optica and explains the quantum and crystallographic origins of a novel surface effect in nonreciprocal optics that improves the processing of optical signals.

An optical component called the magneto-optic isolator appears ubiquitously in these optical circuits. Its function is to protect the laser source—the place where light is generated before transmission—from unwanted light that might be reflected back from downstream. Any such light entering the laser cavity endangers the transmitted signal because it creates the optical equivalent of noise.

“Optical isolators work on a very simple principle: light going in the forward direction is allowed through; light going in the backwards direction is stopped,” Levy said. “This appears to violate a physical principle called time reversal symmetry. The laws of physics say that if you reverse the direction of time—if you travel backwards in time—you end up exactly where you started. Therefore, the light going back should end up inside the laser. But it doesn’t.

“Isolators achieve this feat by being magnetized. North and south magnetic poles in the device do not switch places for light coming back. So forward and backward directions actually look different to the traveling light. This phenomenon is called optical non-reciprocity,” he said.

For Michigan Tech’s FEI 200kV Titan Themis Scanning Transmission Electron Microscope (STEM) (one of only two Titans in the state of Michigan), all the world’s a stage.​

Optical isolators need to be miniaturized for on-chip integration into optical circuits, a process similar to the integration of transistors into computer chips. But that integration requires the development of materials technologies that can produce more efficient optical isolators than presently available.

Recent work by Levy’s research group has demonstrated an order-of-magnitude improvement in the physical effect responsible for isolator operation. This finding, observable in nanoscale iron garnet films (Fig. 1), opens up the possibility of much tinier devices. New materials technology development of this effect hinges on understanding its quantum basis.

The Optica article explains the role of the surface in the electronic transitions responsible for the observed enhanced magneto-optic response. These were observed with the help of the XSD 4-ID-C x-ray beamline, which is operated by the XSD Magnetic Materials Group at the APS, an Office of Science user facility at Argonne.

Mapping the surface reconstruction underlying these effects was made possible through the state-of-the-art scanning transmission electron microscope acquired by Michigan Tech two years ago. The new understanding of magneto-optic response provides a powerful tool for the further development of improved materials technologies to advance the integration of nonreciprocal devices in optical circuits.

The electron microscopy research was performed at the Applied Chemical and Morphological Analysis Laboratory at Michigan Technological University. The electron microscopy facility is supported by National Science Foundation MRI 1429232. M.L. and S.S.D. acknowledge support from SRICO, Inc., and the Henes Center for Quantum Phenomena. This material is based in part on research sponsored by the Air Force Research Laboratory under contract number FA8650-17-C-5072. This research used resources of the Advanced Photon Source, a U.S. Department of Energy (DOE) Office of Science User Facility operated for the DOE Office of Science by Argonne National Laboratory under Contract No. DE-AC02-06CH11357.