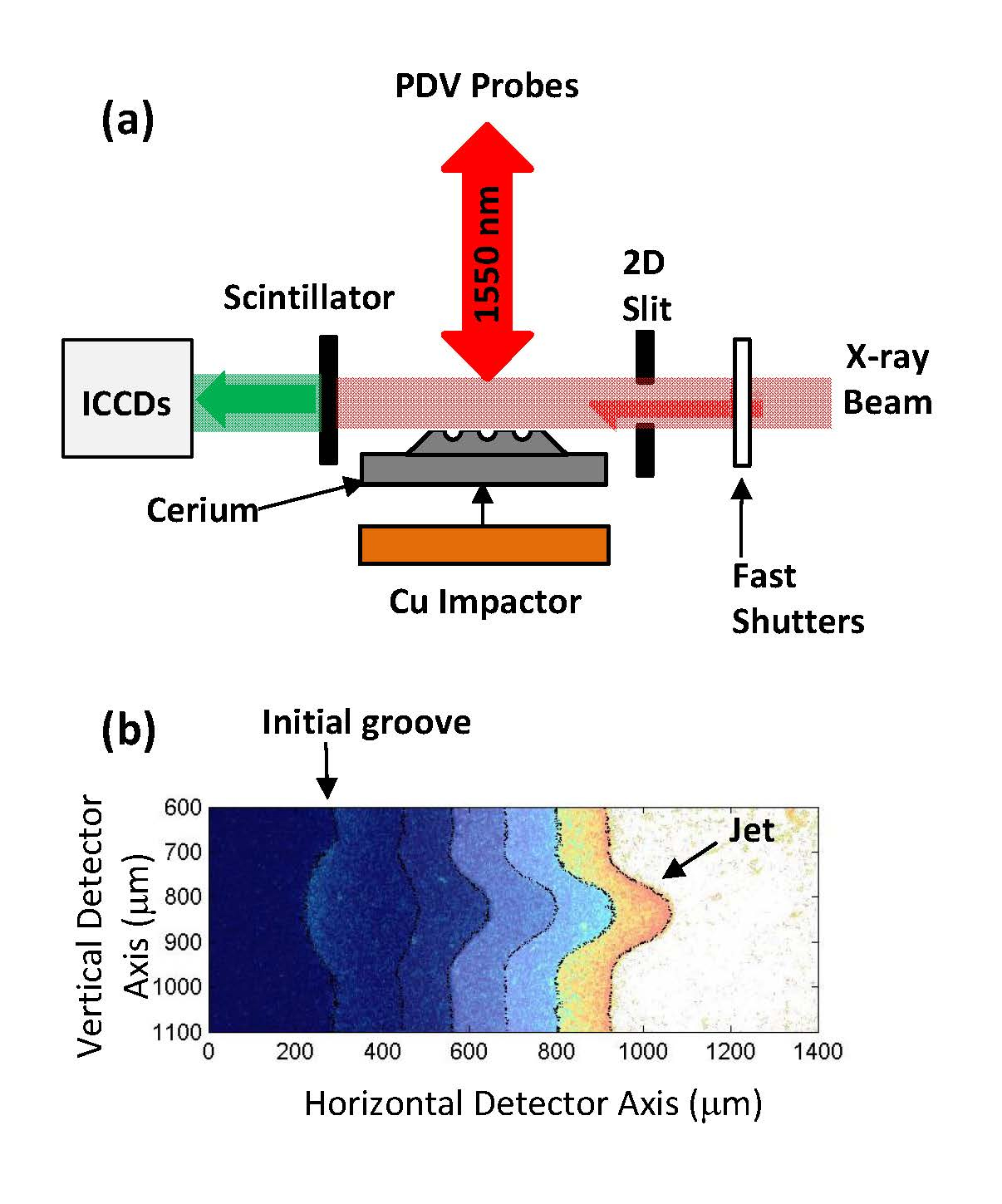 Recent synchrotron advances and the development of dynamic compression platforms have created the ability to investigate extreme states of matter on short timescales at X-ray beamlines using shockwaves generated by impact systems. That's how scientists learned that surface protrusions called "jets," formed after shockwaves passed through cerium metal, could provide insight into the yield stress of cerium in its post-shock state. Yield stress is the stress level at which a metal or other material ceases to behave elastically and, thus, becomes permanently damaged.

"Using cerium allows us to gain a fundamental understanding of a wide range of phenomena related to the multiphase properties of materials, including how strength evolves following phase transitions," said Brian Jensen, who is a physicist and team leader in the Shock and Detonation Physics Group at the U.S. Department of Energy's (DOE's) Los Alamos National Laboratory (LANL)...

...Scientists from Los Alamos, Argonne National Laboratory and National Security Technologies LLC generated shockwaves in cerium samples using the state-of-the-art IMPact system for ULtrafast Synchrotron Experiments (IMPULSE), which was developed specifically for use at the Advanced Photon Source (APS), a DOE Office of Science User Facility located at Argonne. IMPULSE is a gas-gun system that launches projectiles at targets placed in the path of the APS's X-ray beam at the 32-ID-B,C beamline. Projectiles with copper impactors struck the cerium, creating shockwaves inside that transformed it from the ambient γ phase into a higher pressure, higher temperature α state. Subsequently, the shockwaves reflected from the back of the cerium sample, interacting with grooves that had been machined there. As the shocked cerium returned to its γ phase at a high temperature, metal jets formed and grew at the groove locations.