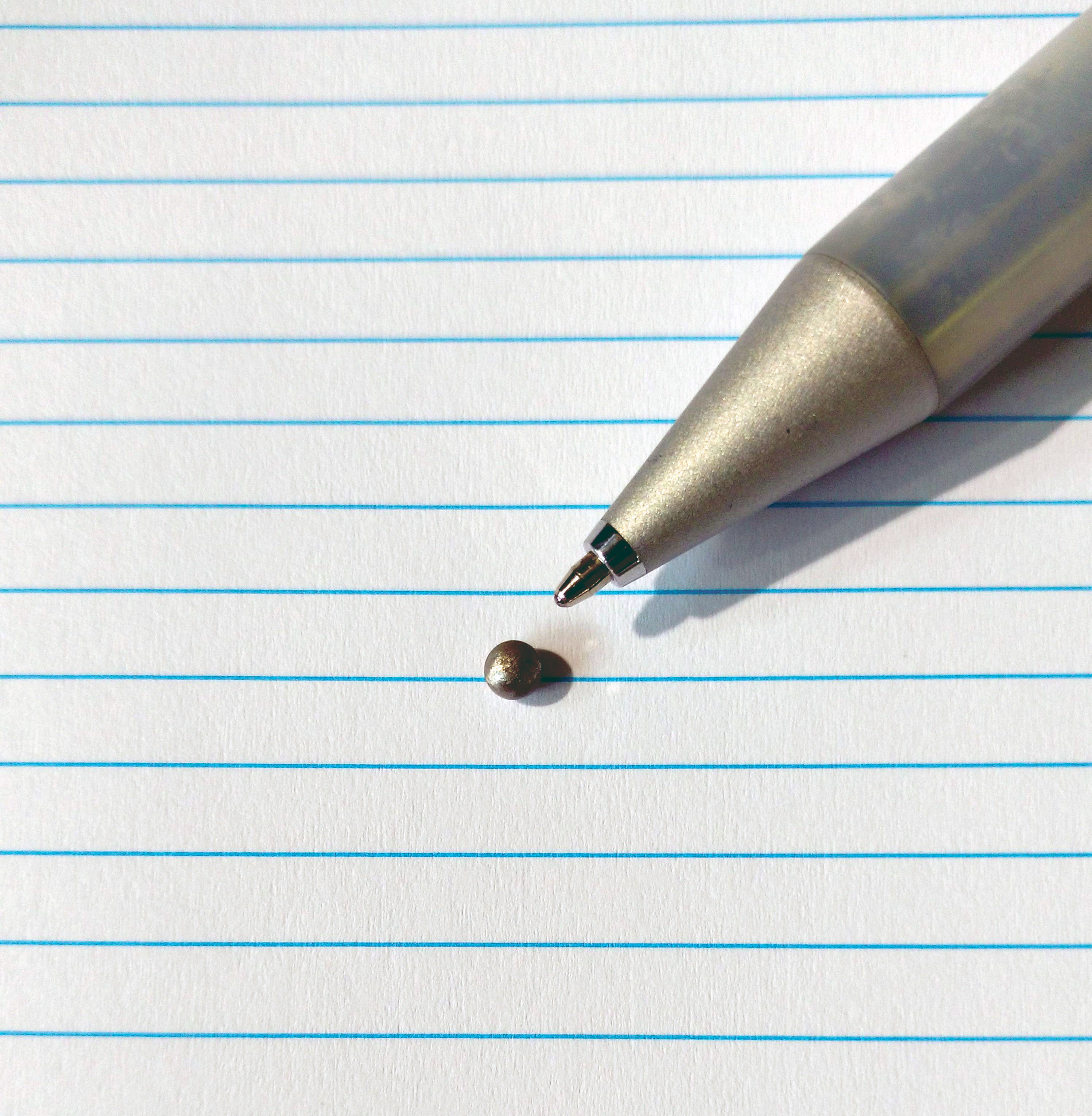 Materials scientists are continually developing new materials to do different jobs or to do the same job better; these new materials may be lighter, stronger, tougher, and/or even less expensive. High-entropy alloys are currently of great interest to materials scientists due to their valuable mechanical properties and many potential applications. The alloy studied in this research carried out at three U.S. Department of Energy (DOE) laboratories, is helping scientists understand how to design better materials for extreme environments, such as high-radiation and aerospace applications.

Alloys are typically a mixture of one or two primary metals and much lower concentrations of secondary elements, but researchers are now designing new alloys—called high-entropy alloys or multi-principal element alloys—in which five or more elements are present in nearly equal concentrations. These alloys have high-entropy of mixing, which stabilizes the solid solution phase.

High-entropy alloys have been known about for roughly a decade, but until this study, researchers focused on alloys that were perfectly mixed. Using experimental and theoretical techniques, these researchers, from Oak Ridge National Laboratory (ORNL), The University of Tennessee, the University of Illinois at Urbana-Champaign, the National Energy Technology Laboratory, the URS Corporation, Materials Development, Inc., and Argonne National Laboratory, introduced new ways to characterize the atomic mixing, and discovered that, even when the mixing is incomplete, these alloys may retain many of their exceptional engineering properties. These properties include high strength at high temperatures, and enhanced mechanical properties such as ductility, toughness, and resistance to corrosion, wear, and fatigue.

The first round of experiments (high-resolution scanning electron microscopy and transmission electron microscopy) were performed at Oak Ridge National Laboratory. The researchers observed the structural evolution of the alloy Al1.3CoCrCuFeNi as it cooled from a high-temperature liquid (1400oC) to a room-temperature solid. To keep the material from being altered by contact with a solid, a tiny bead of the material (~1/8-in. diameter, Fig. 1) was levitated in a flow of argon gas above the nozzle. As it floated, the bead was heated with a high-powered laser and then allowed to cool.

The experiments determined the structural-order parameters of the alloy in the temperature range of the experiments. During cooling, the material evolved from disordered to partially ordered solid-solution structures, and ultimately to a mixed phase room temperature structure.

The ordering behavior of the atoms was expressed quantitatively to better distinguish the exact structures during cooling. Quantifying the observed phases allowed researchers to create a unified structural model, rather than just categorizing structures merely as ordered or disordered.  (Quantification helps researchers to understand the relationship between temperature and structure in complex alloys.) The experimental results were compared to simulations carried out at the DOE National Energy Technology Laboratory, which were used to predict the phase formation from the liquid, and can identify the local-ordering trends in the liquid, which influence the formation of solid phases in the alloy. Simulations and experiments show strong evidence of the local structural similarity between liquid and solid phases.

By describing structural models quantitatively, more complex multiphase materials can be developed. Research is under way to develop high-entropy alloys for practical applications. For example, these alloys could be used in a high-radiation environment. The high-entropy alloy design strategy could be applied to many complex materials, not just with the goal of creating single-phase solid solutions.

Neutron scattering and microscopy experiments were conducted at ORNL, through user programs at the Spallation Neutron Source and Center for Nanophase Materials Sciences facilities, respectively, which are sponsored by Basic Energy Sciences, U.S. DOE, under Contract No. DE-AC05-00OR22725 with UT-Battelle, LLC. The present research was performed in support of the Innovative Processing and Technologies Program of the National Energy Technology Laboratory’s Strategic Center for Coal under the Research and Engineering Services (RES) contract DE-FE-0004000. Partial computing support was provided under The Extreme Science and Engineering Discovery Environment (XSEDE) Award No. DMR120048. The National Science Foundation (NSF) (DMR-0909037, CMMI-0900291, and CMMI-1100080), the DOE Office of Nuclear Energy’s Nuclear Energy University Programs (NEUP, grant #00119262) and the DOE Office of Fossil Energy, NETL (DE-FE0008855 and DE-FE-0011194) provided additional funding, particularly for P.K.L. (NSF) and the student (Z.T., DOE) at The University of Tennessee. P.K.L. very much appreciates the support from the U.S. Army Office Project (W911NF- 13-1-0438). This research used resources of the Advanced Photon Source, a U.S. Department of Energy Office of Science User Facility operated for the U.S. Department of Energy Office of Science by Argonne National Laboratory under Contract No. DE-AC02-06CH11357.