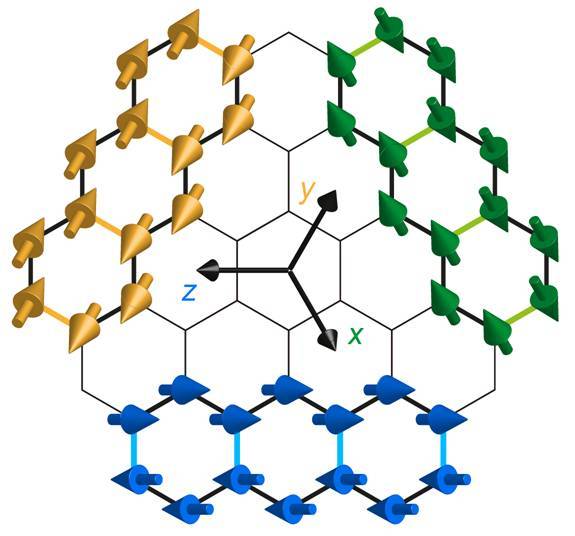 Observed only in the past decade, quantum spin liquids (QSLs) are currently the focus of intense research. Potential applications range from quantum computing and electronic data storage, to high-temperature superconductivity. A multi-national research team has demonstrated that an unusual form of quantum spin dynamics suggestive of a QSL is present at low temperatures in the iridium-based compound Na2IrO3. In a first for the field of QSL research, the team unequivocally showed that the iridium compound achieves its quantum state through “bond-directional interactions,” wherein the electronic spin interactions of the compound are intertwined with its crystallographic directions. By establishing that these bond-directional interactions can suppress the iridium compound's magnetic ordering, the scientists have provided a new path for realizing the QSL state in a variety of materials. The electronic and magnetic structure of two Na2IrO3 samples were characterized by x-ray measurements performed at the U.S. Department of Energy’s (DOE’s) Advanced Photon Source (APS) and the European Synchrotron Radiation Facility (ESRF).

In the 1970s, the American physicist Phil Anderson proposed the concept of a quantum spin liquid as a distinct electronic state of matter in which the usual long-range order of magnetic moments is avoided and magnons — a quantum of magnetic excitation — break up into fractional excitations. The most rudimentary geometrical arrangement producing a QSL is a triangular lattice, with a single interacting electron appearing at each vertex. Due to the triangular geometry, there is not a unique arrangement of electron spins producing a lowest energy: an arrangement of two electrons with up spin and one with down spin is energetically equivalent to one electron with up spin and two with down. Such a quantum system is frustrated, meaning there is no single quantum state uniquely possessing the lowest energy.

Because of the frustration, the spin arrangements in quantum spin liquids continuously shift, unlike the more-or-less fixed spin ordering in conventional magnetic materials. One such example of quantum spin liquids occurs in the Kitaev model, named after the theoretician who first described it. Highly unusual magnetic orderings, such as zigzag and spiral patterns, can appear around a Kitaev QSL state (see the first figure).

In the Kitaev model, the bond-directional nature of the spin interactions in a honeycomb-like geometry produces a QSL. The Na2IrO3 compound features an (approximately) two-dimensional honeycomb lattice of iridium ions (Ir4+) sandwiched between layers of oxygen atoms. Theoretical considerations point toward a quantum spin liquid state arising in the Na2IrO3 compound at low temperatures. Unfortunately, it is notoriously difficult to experimentally demonstrate the presence of a QSL. The first experiment demonstrating the existence of a quantum spin liquid utilized inelastic neutron scattering (INS). However, considerable time and effort was required to produce a crystalline sample large enough and pure enough to allow the use of INS. 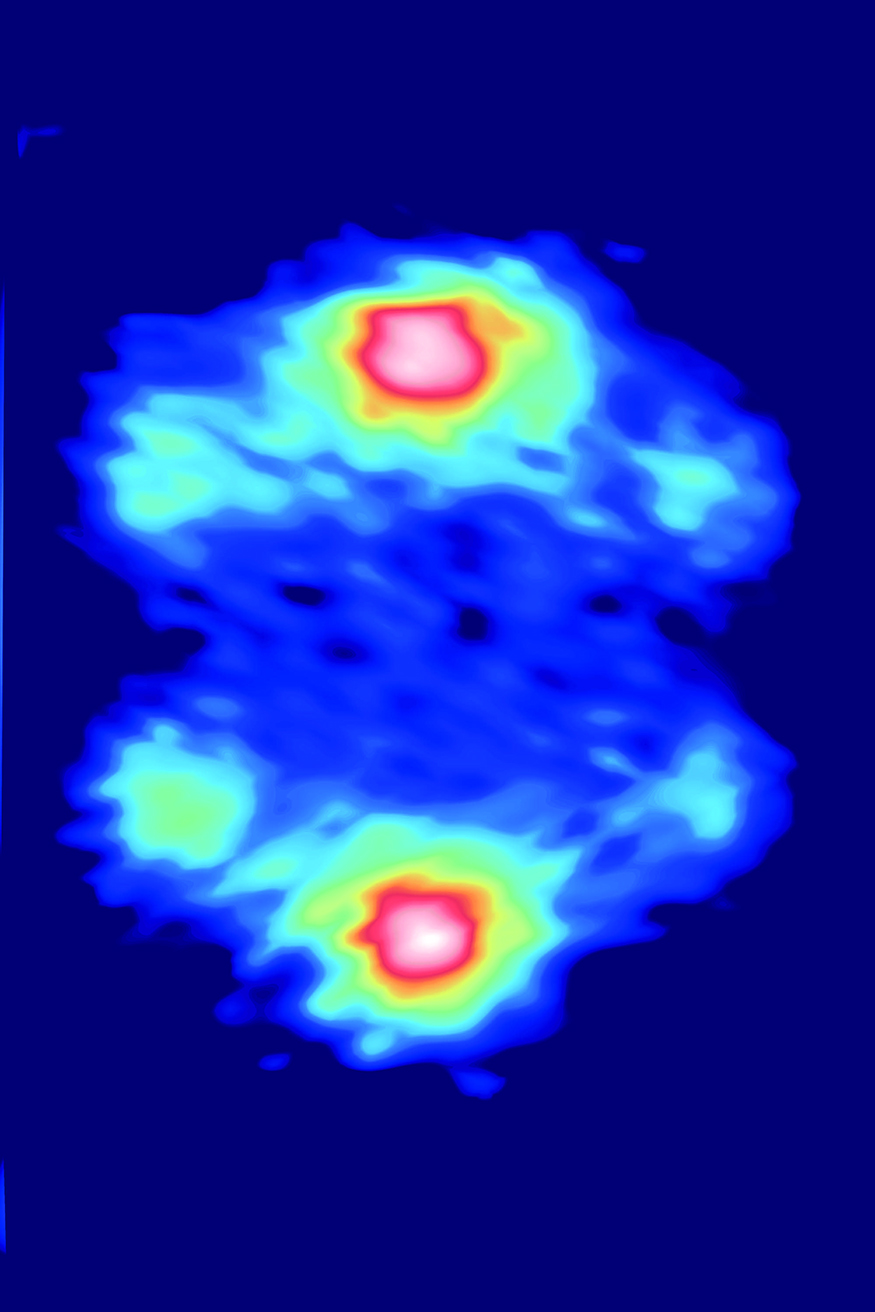 The two iridium-based samples examined in this study were too small for single-crystal INS, and consequently diffuse magnetic x-ray scattering (a new technique for this type of study) was performed at the X-ray Science Division (XSD) 9-ID-B,C, 27-ID-B, and 30-ID-B,C beamlines of the APS, an Office of Science user facility. In the diffuse magnetic scattering measurements, the electric and magnetic fields of the synchrotron x-rays interacted with the spins of the electrons in the samples, providing a Fourier transform of the snapshot of the spin arrangement (see the second figure).

Earlier studies indicated that at low temperatures, the honeycomb structure of Na2IrO3 should support conventional magnetic interactions (also known as Heisenberg interactions) as well as exotic (Kitaev) interactions. The Heisenberg interactions are isotropic in nature (i.e., the same in all directions), whereas the Kitaev interactions are highly direction-dependent (anisotropic). To reveal the anisotropy of the spin interactions at temperatures from near-absolute zero to around 70 K, the diffuse magnetic x-ray scattering at the APS was complemented with resonant magnetic x-ray diffraction measurements, performed at XSD beamline 6-ID-B. Additionally, resonant inelastic x-ray scattering measurements were gathered at beamline ID20 at the ESRF.

Collectively, the measurements showed that bond-directional magnetic interactions dominated over much of the low-temperature range. Because each pair of spins on a bond tend to point along the bond, the presence of three types of bonds in the honeycomb lattice leads to frustration in much the same way as the three electron spins on a triangle are frustrated. This real-space and spin-space entanglement indicated the presence of the rare Kitaev phase in Na2IrO3.

These findings highlight the benefits of using diffuse magnetic x-ray scattering to uncover bond-directional interactions that give rise to the QSL state.— Philip Koth