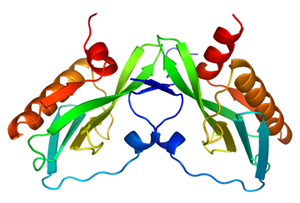 Smart viruses infect without killing the host, at least in the short term. In such low-level infections, the virus gains time to persist, reproduce, infect other individuals, and spread through the population. Some viruses persist in certain host populations without killing them, but in other hosts they have a rapid and deadly effect. The H5N1 virus strains responsible for recent lethal outbreaks of bird flu apparently existed for quite some time in wild goose populations without doing much harm. But when the same strains infected chickens, the results were disastrous, leading to high chicken mortality and a health risk for humans living in proximity. In fact, the risk of epidemic was considered high enough to lead China to institute large-scale killing of poultry to stop the spread of H5N1 influenza. Understanding just how this influenza virus succeeds in its virulent attack on chicken cells will not only help keep poultry healthy, but will also ultimately aid in combating the infection in humans. To that end, researchers from Baylor College of Medicine used the SBC-CAT 19-ID beamline at the U.S. Department of Energy's Advanced Photon Source at Argonne to produce a detailed structure for an H5N1 protein linked to virulence. Their work—which was confirmed by a research group from the Chinese Academy of Agricultural Sciences[1]—clearly links a section of the protein to increased virulence in chickens and represents great progress in understanding how to make the virus less effective in killing its hosts—including humans.

The researchers from Baylor College of Medicine studied a protein—known as NS1—that had already been linked to the process that allows the H5N1 influenza virus to cripple the host’s immune responses and thus become more deadly. The protein is thought to act by interfering with double-stranded RNA activation of the host immune response, as well as blocking the mechanism by which host RNA is processed, thus destroying the cellular avenues used for fighting the virus. Until now, the exact details of how the protein carried out this dismantling of the host’s immune system had been a mystery. 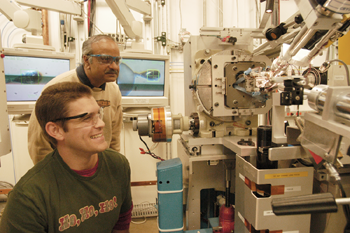 Because lethal H5N1 strains had been found to have mutations in the NS1 protein, this molecule has been of primary interest to the Baylor researchers. Genetic work done by the Chinese Academy of Agricultural Sciences team has definitively identified the NS1 gene as being responsible for the virulence of the lethal H5N1 strains in chickens. So, a clear picture of the NS1 protein was urgently needed and has now been provided by the Baylor team.

In living cells, the NS1 effector domain most likely occurs as a dimer—i.e., with two monomeric subunits—and a fold, or cleft, that is structurally dynamic and probably linked to virulence. By analyzing the details of the structure, the Baylor team was able to propose that the known mutations in the NS1 protein lead to increased virulence by lowering the efficiency of phosphorylation of certain residues.

The team proposed a series of steps by which changes in the NS1 protein could lead to the virus having a more deadly impact on the host’s immune response. Their data also allowed identification of important binding sites in the protein and made it much easier to understand how the effector domain is able to antagonize the host’s interferon response. Future work can now concentrate on identifying additional functions of the effector domain and on identifying parts of the structure that would respond to antiviral drugs. The search for a way to make the bird flu virus less virulent has just become more focused.

This work was supported by the US National Institutes of Health (AI36040) and the Welch Foundation to B.V.V.P. and from a US National Institutes of Health virology training grant (AI07471) to Z.A.B. Use of the Advanced Photon Source was supported by the U.S. Department of Energy, Office of Science, Office of Basic Energy Sciences, under Contract No. DE-AC02-06CH11357.

Argonne is a U.S. Department of Energy laboratory managed by UChicago Argonne, LLC