A 3-D Link between Antibiotic Resistance and Brain Disease 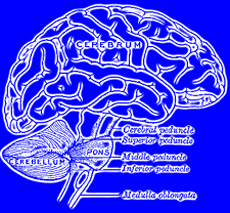 The story of what makes certain types of bacteria resistant to a specific antibiotic has a sub-plot that gives insight into the cause of a rare form of brain degeneration among children, according to investigators at St. Jude Children's Research Hospital. The story takes a twist as key differences among the structures of its main molecular characters disappear and reappear as they are assembled in the cell.

The story is based on a study of the three-dimensional (3-D) structure of an enzyme called pantothenate kinase, which triggers the first step in the production coenzyme A (CoA), a molecule that is indispensable to all forms of life. Enzymes are proteins that speed up biochemical reactions.

CoA plays a pivotal role in the cells' ability to extract energy from fatty acids and carbohydrates; bacteria need CoA to make their cell walls. The job of pantothenate kinase is to grab a molecule of pantothenic acid (vitamin B-5) and another molecule that contains a chemical group called "phosphate." The enzyme then removes the phosphate group from that molecule and sticks it onto pantothenic acid.

In humans, certain mutations in this enzyme block its ability to put the phosphate group onto pantothenic acid. That diminishes the production of CoA by this route and causes the neurodegenerative disease called pantothenate kinase associated neurodegeneration (PKAN). Certain antibiotics, called pantothenamides, work by impersonating vitamin B-5 and slipping into the enzyme. This blocks the bacteria's ability to produce fatty acids.

The researchers already knew that different types of bacteria build their own versions of the enzyme pantothenate kinase, which are called Types I, II and III. For example, bacteria called Escherichia coli, found in the intestines and polluted water, produce Type I; Staphylococcus aureus, which causes skin infections and serious blood infections, makes type II; and Pseudomonas aeruginosa, which is an important cause of hospital-based infections, especially in burn patients, makes Type III. Types I, II and III each consist of two identical molecules called monomers, which bind together to form the enzyme.

The groups had previously identified the structure and role of the Type I enzymes in pantothenamide inhibition of bacterial growth. What intrigued the St. Jude investigators now was the mystery of how Types II and III manage to do the same job even though they are constructed so differently; and why bacteria with the Type III enzyme are resistant to pantothenamide antibiotics. They also wanted to better understand the cause of PKAN in humans by comparing bacterial pantothenate kinase with the various types found in humans.

Like all proteins, these enzymes are made up of long chains of amino acids, like beads on a string, and each type of amino acid has a unique shape and size. The pantothenate kinase enzymes consist of two strands of amino acids that fold into various twists and turns to make a complex 3-D structure. These modules, called monomers, snap together to form the enzyme. The researchers used x-ray crystallography to produce 3-D images of Types II and III and their interactions with panthothenic acid and ATP, a molecule that supplies the phosphate that the enzyme puts onto pantothenic acid.

First, the researchers crystallized a sample of the enzyme and bombarded it with x-rays using the Advanced Photon Source beamline facilities at Argonne. Then they used the pattern formed by the beams as they bounced off the crystals to create computer-generated, 3-D images of the patterns of twisting and folding amino acid chains that make up the different types of pantothenate kinase and their interactions with the other molecules.

The images added a fascinating twist to the story of the enzymes, according to the researchers. When they studied the images, the St. Jude team realized that the monomers making up each type of enzyme were made from quite different "strings" of amino acids. But they fold up into virtually identical looking 3-D monomers. It was as if the uniqueness of each structure disappeared--each string folded up into the same shape as the other ones. The group found this to be very surprising, because the different amino acids on each string have different sizes and different biochemical characteristics. So it would usually be impossible for them to form the same three-dimensional shapes.

But the twist to the story did not stop there. The identically shaped monomers in each pair bind to each other in novel ways to make two versions of the same enzyme that do not look alike and yet perform the same job differently. In other words, the differences in the 'beads on a string' shapes that disappear when the strings fold into monomers suddenly reappear when the monomers combine to form even larger structures. The genes for both types of enzyme evolved from a common gene ancestor. That common gene evolved so that the final Type II and III enzyme structures look and work differently, but can still do the same job--no matter what their amino acid chains look like.

The 3-D images explained how the different types of the enzyme did the same job in different ways. For example, the images showed that pantothenic acid binds to the Type III enzyme first, followed by ATP. But with Type II enzyme, the ATP enters the enzyme from one direction, while pantothenic acid enters from another direction, in no particular sequence.

The images also suggested that Type II enzyme in Staphylococcus aureus has a "hole" within the loops and twists of its amino acid chains that allows pantothenamide antibiotics to slip inside the enzyme. But the Type III enzyme of Pseudomonas does not have this hole, so the antibiotic cannot slip into the enzyme.

In addition, test tube studies of the enzyme showed that Types I and II enzymes required different minerals than Type III in order to work. One of the discoveries was that the Type III enzyme absolutely required potassium chloride, whereas Types I and II did not.

The study also showed that Type II pantothenate kinase in bacteria is similar to the human version, PanK2. Therefore, the structure of the Type II enzyme helps to explain how specific mutations in PanK2 disable this enzyme and cause the neurodegeneration disease called PKAN. This work holds promise that such insights will one day lead to the development of drugs designed to prevent or treat this disease.

This work was supported in part by the National Institutes of Health, a Cancer Center (CORE) Support Grant and ALSAC. Use of the Advanced Photon Source was supported by the U. S. Department of Energy, Office of Science, Office of Basic Energy Sciences, under Contract No. W-31-109-ENG-38.

Argonne is a U.S. Department of Energy laboratory managed by The University of Chicago